‘Today we are targeting the enablers and perpetrators of Putin’s war who have brought untold suffering to Ukraine,’ said Foreign Secretary Liz Truss

The United Kingdom issued new sanctions against Russian officials, including the head of its most popular religion and its Children’s Rights Commissioner.

The government has accused Commissioner Maria Lvova-Belova of “barbaric treatment of children in Ukraine” and said Patriarch Kirill, the head of the Russian Orthodox Church, has “repeatedly abused his position to justify the war.”

“Today we are targeting the enablers and perpetrators of Putin’s war who have brought untold suffering to Ukraine, including the forced transfer and adoption of children,” said the U.K. Foreign, Commonwealth, and Development Office in a statement.

The agency contends that Lvova-Belova backed a policy that allowed “forced adoptions” to take place as well as fostered the removal of 2,000 Ukrainian children from the Luhansk and Donetsk regions, per The Washington Examiner.

Kirill is considered a “longtime” ally of Russian President Vladimir Putin, according to AP News. The U.K.’s announcement did not cite a specific speech or statement delivered by the religious leader.

In March, Kirill delivered a sermon alluding to the Russia-Ukraine War.

“We have entered into a struggle that has not a physical, but a metaphysical significance,” said the 75-year-old, per Aljazeera.

“Major western countries have announced massive sanctions against the former Soviet republic in recent months over what they say was an invasion of Ukraine in February,” reports Reuters. “Moscow has termed it a special military operation, claiming its aim was to disarm and ‘denazify’ its neighbour.”

Along with Kirill and Lvova-Beov, the U.K. sanctioned the deputy of Duma Sergey Savostyanov and the President and Board Member of Volga-Dnepr Group Alexey Isaykin. Isaykin’s transportation company works with the national government to transport “critical goods” via its air operations.

Additionally, four senior military officials from the 64th Separate Motorised Rifle Brigade were sanctioned. The U.K. government contends they “killed, raped, and tortured” Ukrainians in the town of Bucha.

“Today we are targeting the enablers and perpetrators of Putin’s war who have brought untold suffering to Ukraine, including the forced transfer and adoption of children,” said Foreign Secretary Liz Truss. “We will not tire of defending freedom and democracy, and keeping up the pressure on Putin, until Ukraine succeeds.”

Those subject to the sanctions are not permitted to enter the United Kingdom. They will also have any of their assets in the U.K. frozen. Citizens and British businesses could be subject to legal consequences if they offer economic support to a sanctioned person. 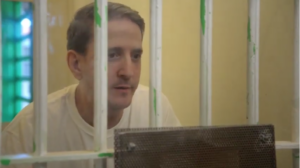