American producers are planning to make a “woke” Harry Potter web series that aims to cast multiple characters as “non-binary,” “transgender,” and/or “non-white.”

The effort appears to be a direct attack on Harry Potter creator J.K. Rowling, who has infamously been branded “transphobic” after she expressed her disagreement with biological men being allowed into women’s spaces.

“We aim to reflect the diversity of the fan base in its beloved characters, introducing people of color, queer storylines, and characters of differing faiths,” TikTok video producer Megan Mckelli, said, according to a report from The Daily Mail.

“Casting sheets for Sirius Black, originally played by Gary Oldman in the movie adaptations, call for a non-white actor,” the report states. “All genders can audition for the part.”

Peter Pettigrew must be played by a “a gender non-conforming, non-binary, trans male” according to the casting sheets.

The project is likely to face pushback from Rowling, who has not yet commented on it publicly. The author is notorious for protecting her copyright, however.

Rowling first began being branded as a “TERF” — “Trans Exclusionary Radical Feminist,” in June, 2020, when she took issue with an article referring to “people who menstruate” instead of using the word “woman.”

After being attacked for this take, Rowling wrote a lengthy blog about her concerns with trans-activism.

Instead of bowing to the constant backlash, Rowling has continued to speak out.

The reaction to her views has been so intense that Harry Potter stars Daniel Radcliffe, Emma Watson, Rupert Grint, and Eddie Redmayne have all either denounced Rowling’s comments or expressed support for trans activism.

Breitbart News reports that “actors Ralph Fiennes, who played Voldemort, and Robbie Coltrane, who played Hagrid, have both defended Rowling and her right to hold a public opinion at variance of those on the left.” 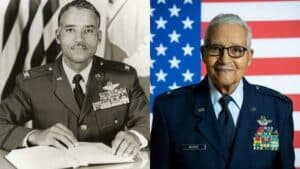