Developed nations have agreed to bankroll a fund to compensate poorer nations for the impact of climate change following United Nations negotiations.

The UN held COP 27, its environmental summit, in Sharm el-Sheikh, Egypt over the weekend and focused on the impact of burning fossil fuels.

“Today, the international community has restored global faith in this critical process that is dedicated to ensuring no one is left behind,” said Health Minister Molwyn Joseph of Antigua and Barbuda.

Negotiators in favor of providing poor nations with financial support have argued they are more adversely impacted by changes in climate – including floods, droughts, heatwaves, and famines – despite having lower emissions.

In addition to wealthier nations, private and public international organizations will also contribute to the fund’s establishment.

“While major emerging economies such as China – the second-largest economy in the world and the top emitter – wouldn’t automatically have to contribute, that option remains on the table,” despite demands from the EU and the United States, reports Fox News. During talks, they argued “that China and other large polluters currently classified as developing countries have the financial clout and responsibility to pay their way.”

Sherry Rehman, the environment minister of Pakistan, spoke on behalf of a coalition of poor nations and said the fund “is not about dispensing charity.”

“It is clearly a down payment on the longer investment in our joint futures,” Rehman added, per The Los Angeles Times.

Ahead of the summit, US special climate envoy John Kerry rejected the term “reparation” for the proposed payments and told reporters the Biden administration was supportive of the idea.

“We have always said that it is imperative for the developed world to help the developing world to deal with the impacts of climate,” said Kerry, per The Hill. “We’re very supportive of addressing loss and damage.”

Developed countries previously opted not to kickstart the compensation fund during the last environmental summit during COP 26. Scotland, which last hosted the event, was the only country to contribute to a loss and damage fund with a $2.2 million payment.

This year, Scotland has pledged an additional $5.7 million. Australia has pledged $50 million and Ireland has committed to contributing $10 million.

“The burden of climate change globally is falling most heavily on those least responsible for our predicament,” said Irish Prime Minister Micheal Martin at COP 27. “We will not see the change we need without climate justice.”

The details of the fund, payments, or acceptable loss claims have not been finalized. 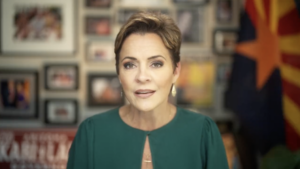