A University of California Berkeley off campus co-op  has banned white people from common areas, claiming that people of color moved there to “avoid white violence and presence.”

The co-op is called the “Person of Color Theme House” and claims to be “inclusive.”

A list of house rules, which were posted on Reddit and obtained by the Daily Mail, reveals that residents are told that “many POC moved here to be able to avoid white violence and presence, so respect their decision of avoidance if you bring white guests.”

Residents are also told that they need to announce guests in the group chat — if they are white.

The Mail reports that the cooperative is a five-story, 30-room home that can house up to 56 students and is owned by a private landlord. It is part of the Berkeley Student Cooperative, which was designed to bring affordable housing to students and “aims to provide housing to low-income, first generation, immigrant and marginalized students of color.”

A person who commented on the Reddit post said that they are mixed race and previously lived in the house. They said that their father, who is white, was not allowed inside due to the policies. They also reported being called slurs for their lighter skin tone. Timcast has attempted to reach out to the user to verify their story and will update this article if a response is provided.

Janet Gilmore, Senior Director of Strategic Communications at the University told the Daily Mail that it is not operated by the campus, and therefore it is not their “role” to comment on the apparently racist co-op.

Stephen Ross, cooperative experience manager for the Berkeley Student Cooperative, told the paper that the rules are not their official policy and that white people live in the house.

“White people can and do live in POC house, but the focus for POC house is providing a safe and supportive living environment for people of color,” Ross said.

Ross said that the people who live there work towards “not making Whiteness central to the experience for members living in the house” because some residents have been “traumatized” by “white violence.” He cited “racist and discriminatory remarks made by former President Trump” as an example.

A light-skinned student posted a tour of the house on YouTube. 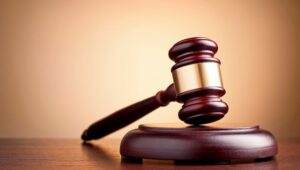