The American and Swedish teams mutually agreed to kneel before game

The United States Women’s soccer team had their first loss of the Olympics against Sweden.

Both teams took knees before the start of the game. The popular Black Lives Matter-inspired action was permitted under newly relaxed regulations from the International Olympics Committee.

The 0-3 loss ended the American team’s 44 game winning streak. They were the number one ranked team and had been favored to win gold.

FINAL | Not the start we wanted but plenty of tournament to play. We go again on Saturday.

Ahead of the Olympic Games, the IOC announced new guidelines regarding athlete’s freedom of expression.

“Athletes will be allowed to express a political gesture prior to the start of a competition or during their introduction or the introduction of the team. However, the gesture must meet four different criteria. The gesture has to be consistent with the ‘Fundamental Principles of Olympism,’ cannot be targeted at a certain people, country, or organization, cannot be disruptive, and cannot already be banned by a nation’s own Olympic committee or federation,” Fox News reported.

Additionally, the United States Olympic and Paralympic Committee established its own parameters for acceptable expression in March. The rules permitted “racial and social demonstrations” such as holding up a fist, kneeling during the national anthem, and wearing hats or face masks with the phrases ‘Black Lives Matter,’ ‘equality,’ or ‘justice’ on them. Any items or actions that the Anti-Defamation League defines as a ‘hate symbol’ are not permitted by the USOPC.

The seven-page document directs readers to the ADL’s Hate on Display™ Hate Symbols Database. According to its description, the ” database provides an overview of many of the symbols most frequently used by a variety of white supremacist groups and movements, as well as some other types of hate groups.”

The USOPC also says the demonstration’s purpose should be “advancing racial and social justice; or promoting the human dignity of individuals or groups that have historically been underrepresented, minoritized, or marginalized in their respective societal context.”

Following her team’s opening loss, AP News reported U.S. team captain Megan Rapinoe said “We have people from Team USA, from all over the country, from all backgrounds, and people literally from all over the world for every other team so I obviously encourage everyone to use that platform to the best of their ability to do the most good that they possibly can in the world, especially as all eyes are on Tokyo these next couple weeks.”

Daily Wire journalist Matt Walsh was among many on Twitter who did not sympathize with the team.

I'm so happy they lost. I'm actively rooting against US women's soccer. I want them to be humiliated and embarrassed, just as they humiliate and embarrass our country. https://t.co/EnrFOIfVA2

Megan Rapinoe is an embarrassment to our whole country! Don't ever disrespect the country that you were chosen to represent!

In order to be a championship team, you have to focus entirely on the game. The US Women's soccer team instead concentrates on making bullshit political statements. That's why they lost. They don't represent America, they represent their own self-interests. pic.twitter.com/CFMzZbsHVg

Maybe your priorities should be playing soccer instead of hating the country you’re representing and pushing communist ideology. I’ve never rooted for the US to lose anything. I’m rooting for this team to lose every game.

The United States will now play New Zealand on Saturday while the number 5 team Sweden will face Australia. 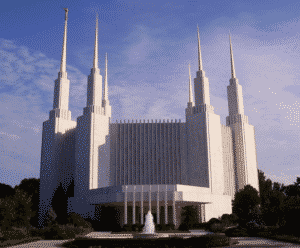