U.S. Reliance On China For Lithium Could Increase After Afghanistan Withdrawal

Amid reports of a global lithium shortage and claims of vast lithium deposits in Afghanistan, many are warning that the U.S. withdrawal from Afghanistan will increase America’s reliance on China for the important mineral.

According to a May report from the New York Times, “The United States needs to quickly find new supplies of lithium as automakers ramp up manufacturing of electric vehicles. Lithium is used in electric car batteries because it is lightweight, can store lots of energy and can be repeatedly recharged. Analysts estimate that lithium demand is going to increase tenfold before the end of this decade as Tesla, Volkswagen, General Motors and other automakers introduce dozens of electric models.”

Since that report, the United States withdrew from Afghanistan – cutting off its access to vast lithium stores in the country.

“Afghanistan is certainly one of the regions richest in traditional precious metals, but also the metals [needed] for the emerging economy of the 21st century,” Rod Schoonover, a scientist and security expert who founded the Ecological Futures Group, told CNN.

China – the United States’ largest importer of lithium outside of the Americas – has reportedly been working to take advantage of the lithium stores in Afghanistan after the U.S. withdrawal.

Ben Steinberg, an Obama administration official, warned, “Right now, if China decided to cut off the U.S. [from lithium] for a variety of reasons we’re in trouble.”

However, the United States has some of the world’s largest known lithium deposits, but only one large lithium mine.

As Biden administration energy secretary Jennifer Granholm said in an interview this year, “China just put out its next five-year plan. They want to be the go-to place for the guts of the batteries, yet we have these minerals in the United States. We have not taken advantage of them, to mine them.”

As Benchmark Mineral Intelligence director Andrew Miller explained, “lithium is not scarce, so the question is how quickly resources can be developed or accelerated to meet these requirements.” 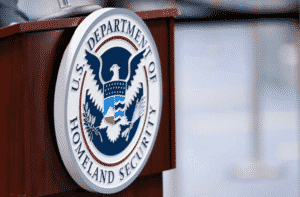 2 responses to “U.S. Reliance On China For Lithium Could Increase After Afghanistan Withdrawal”