United States energy companies are facing supply constraints that could impede their ability to keep the power on.

Summer months typically produce strain on the power grid, as hotter temperatures increase cooling demand, which can stress electric infrastructure. This year, the National Oceanic and Atmospheric Administration and Federal Energy Regulatory Commission (FERC) predict temperatures will be above normal for nearly the entire country.

This year, those power grid strains come amid supply constraints for equipment — which could hurt the ability to restore power during outages. America has also depleted natural gas stockpiles for this upcoming winter, after the shutdown of dozens of coal plants and droughts reducing the nation’s hydropower.

A report from the North American Electric Reliability Corporation (NERC) predicts summer shortages due to coal stockpiles at power plants being at historic lows. Replenishing supply is proving difficult, due to mine closures, rail shipping limitations, and increased coal exports.

A report from the North American Electric Reliability Corporation indicates parts of the country, including Indiana, are at a high risk of overloading the region’s electrical grid. https://t.co/vTGO6pYipG

The Biden administration, which has admitted it wants to end America’s dependence on fossil fuels, has launched a war against the coal industry, as part of its green agenda.

“By 2030 in the United States, we won’t have coal,” John Kerry, U.S. special envoy for climate, said at the COP26 climate conference in Glasgow. “We will not have coal plants.”

Kerry also said — without addressing the impact on current energy infrastructure — the U.S. needs to phase out coal five times faster than our current pace.

On average, power outages cost the U.S. between $18 billion and $33 billion per year.

According to NERC, power demand is expected to increase 1.7 percent from 2021. Above normal temperatures are more than 50 percent likely throughout the U.S. Additionally, electric markets are expected to see higher prices because of the hotter temperature, increased demand, and higher natural gas prices.

NERC says that hot summer weather can reduce transmission capacity and wildfires may require transmission to be turned off completely to protect firefighters or reduce the risk of electrical equipment sparking fires. 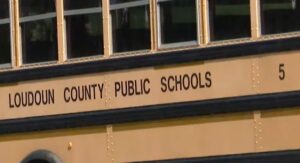