Economist: 'The economy has quickly lost steam in the face of four-decade high inflation'

The U.S. economy shrank for the second quarter in a row, according to widely anticipated government economic data.

Real gross domestic product (GDP) decreased .9 percent between April and June, according to the Bureau of Economic Analysis. In the first quarter, real GDP decreased 1.6 percent.

The July 28 report means that the U.S. is officially in a recession.

The GDP data confirming the Biden recession are even worse than the top line suggests. Private investment dropped by double digits, its worst showing since the COVID shutdown. And disposable personal income has now fallen for five straight quarters. https://t.co/eoNNWMMaJy

All week, the Biden administration attempted to get ahead of the troubling economic data, even going so far as to redefine the definition of recession.

Peter Doocy grills Karine Jean-Pierre on why the White House is trying to redefine recession:

There is widespread agreement that the economy is headed toward a downturn. Inflation soared to 9.1 percent in June — a 40-year high. Additionally, the Federal Reserve, for the second time in a row, raised the target federal funds rate by 75 basis points, the largest increase in almost three decades.

Stocks began to slide as investors reacted to news of the GDP contracting for the second consecutive quarters. But, President Joe Biden shrugged off the news.

“Coming off of last year’s historic economic growth — and regaining all the private sector jobs lost during the pandemic crisis — it’s no surprise that the economy is slowing down as the Federal Reserve acts to bring down inflation,” he said. “But even as we face historic global challenges, we are on the right path and we will come through this transition stronger and more secure.” 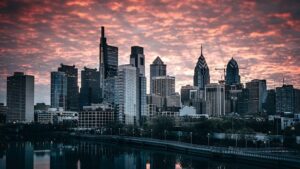