Two police officers were shot during Philadelphia’s Fourth of July celebration on Monday.

The shooting took place at approximately 9:47 p.m. near the Philadelphia Museum of Art during the fireworks show. A concert headlined by Jason Derulo had just wrapped up on the parkway.

According to Police Commissioner Danielle Outlaw, one of the officers was shot in the shoulder and the other officer was shot in the head — but the bullet miraculously stopped in his hat after only grazing his forehead.

The Fraternal Order of Police Lodge 5 provided a photo of the hat, which still held the bullet, to Fox News.

Inside of the hat was also a memorial card for a Philadelphia police chaplain who recently died. 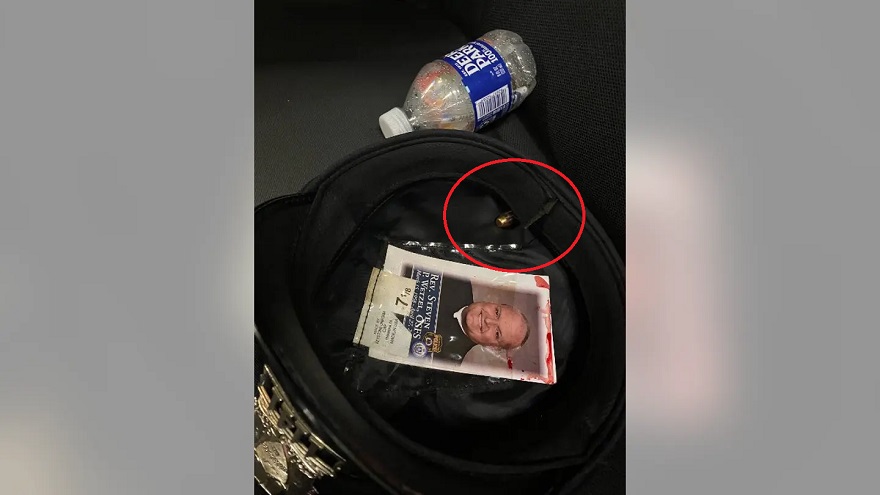 The officers, a 36-year-old Philadelphia Police Highway Patrol officer and a 44-year-old member of the Montgomery County Bomb Unit, have both been released from the hospital. Their names have not been publicly released at this time.

Good News: According to police on scenes both police officers shot tonight on the Parkway have just been released from the hospital. @FOX29philly pic.twitter.com/xwRxSI9coB

Going Home:Philadelphia Highway Patrol officer being released from the hospital with a bandage around his head after being shot tonight on the Parkway. We are waiting more details on the shooting from @PhillyPolice @FOX29philly pic.twitter.com/CYBV0VPUs1

NBC10 reporter Leah Uko said that word of the shooting caused a “stampede” of people trying to leave the scene. Her camera crew captured the scene, which unfolded while she was interviewing people about the concert.

In the middle of an interview with teenagers, NBC10’s @LeahUko‘s cameraman captures the chaos as people rush from the scene of shooting near Eakins Oval as fireworks explode overhead. Here’s the latest. https://t.co/L0sUQS1E7g pic.twitter.com/NKRYHgvrjg

A suspect or person of interest had not been publicly identified by time of publishing. 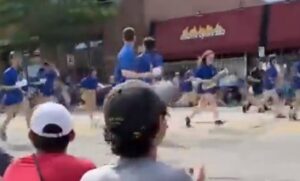