Twitter has added a “hateful conduct” label to a tweet from Rep. Marjorie Taylor Greene, but left it up because it “may be in the public’s interest.”

“We must do everything we can to prevent Dr. Dick Levine’s pre-teen #WeenieChop,” Rep. Greene tweeted.

We must do everything we can to prevent Dr. Dick Levine’s pre-teen #WeenieChop pic.twitter.com/EOYRpvaNoi

In the footage, Levine was advocating for allowing minors to change their genders and participate on sport’s teams that do not match their biological gender.

“Trans youth are vulnerable. They suffer significant harassment and bullying, sometimes in schools or their community. They have more mental health issues, but there’s nothing inherent with being transgender or gender diverse which would predispose youth to depression or anxiety. It’s the harassment and bullying,” Levine said. “Now they are suffering politically motivated attacks through state actions against these vulnerable transgender youth. This is not based upon data. These actions are politically motivated.”

Levine continued, “So we really want to base our treatment and to affirm and to support and empower these youths not to limit their participation in activities in sports and even limit their ability to get gender affirmation treatment in their state.”

Rep. Greene was not the only person to express their outrage about the advocacy for altering the healthy bodies of minors, which many branded “child abuse.”

Former Dept. of Education press secretary Angela Morabito tweeted, “Perhaps the only thing sicker than cheerleading the sterilization of children is calling it ‘empowerment.’”

Perhaps the only thing sicker than cheerleading the sterilization of children is calling it “empowerment” https://t.co/V3kzdpfiCK

Under the Biden Admin’s “gender care” policies, these children may suffer irreversible harm. 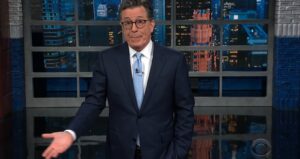