Elon Musk’s bid to buy Twitter has two new developments, a class-action lawsuit and the departure of a top executive from the company’s board.

An investor in the social media platform has filed a lawsuit against the Tesla founder alleging that he violated California corporate laws during his bid to buy the site.

William Heresniak, the investor, says he is acting “on behalf of himself and all others similarly situated.” He claims that Musk intentionally drove down Twitter’s stock prices after making an offer to buy the company.

The legal challenge was filed in the Northern District Court of California. It claims Musk’s “wrongful conduct” in addition to “false statements and market manipulation have created ‘chaos’ at Twitter’s headquarters in San Francisco.”

“The fair market value of Twitter securities has been adversely affected by Musk’s false statements and wrongful conduct,” the lawsuit alleges.

Heresniak’s lawsuit also claims Musk financially benefited from delaying his stake in Twitter and not immediately disclosing that he planned to become a board member.

One of the attorneys representing Heresniak, Frank Bottini, told the BBC that Musk “continues to disparage the company he wants to buy for $44 billion in an effort to renegotiate the purchase price.”

“The complaint we filed in San Francisco seeks to hold Musk liable for his unlawful conduct,” Bottini said.

The investor and his legal team have asked for a jury trial.

Twitter’s co-founder Jack Dorsey also officially left the company’s board this week. He was expected to leave following the 2022 meeting with stockholders which was held on May 25.

Agrawal is expected to also take over Dorsey’s vacated board seat.

Dorsey has supported Musk’s acquisition efforts. He said the PayPal co-founder and Agrawal share a desire to make Twitter a “maximally trusted and broadly inclusive” platform.

“Thank you both for getting the company out of an impossible situation,” Dorsey tweeted in late April. “This is the right path…I believe it with all my heart.”

Musk delayed his plans to buy the platform in May after saying the company had not accurately represented its value. Musk said an estimated 20% of Twitter accounts were fake or spam accounts.

“My offer was based on Twitter’s SEC filings being accurate,” Musk wrote on Twitter on May 17. “Yesterday, Twitter’s CEO publicly refused to show proof of <5%. This deal cannot move forward until he does.”

Despite Musk’s claims that negotiations are paused, “company leaders encouraged employees to proceed as though nothing had changed, noting that there was ‘no such thing’ as casually pausing a binding agreement to buy the company,” reports Tech Crunch. 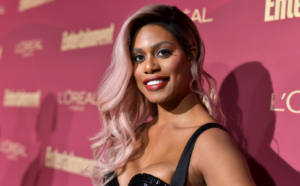