'They Now View Him As The Leader Of A Terrorist Group Responsible For Violence/Deaths Comparable To Christchurch Shooter Or Hitler ... He Should Be De-Platformed'

While employees overwhelmingly supported banning the President’s Twitter account, one employee warned censorship of a world leader would “destroy the public conversation.”

“Maybe because I am from China, I deeply understand how censorship can destroy the public conversation,” said the dissenting employee, according to Bari Weiss’ Twitter thread.

Other employees rebutted, saying “we impose far stricter rules on effectively everyone else on the platform.”

Another employee said “he clearly attempted to overthrow our Democratic system of government and showed no signs of remorse… if this is not a clear reason to suspend him (again, as an unhinged ruler attempting to subvert the most powerful Democracy in the world), I’m not sure what would be.”

8. But voices like that one appear to have been a distinct minority within the company. Across Slack channels, many Twitter employees were upset that Trump hadn’t been banned earlier.

“I think we’d have a hard time saying this is incitement,” said one employee, suggesting the President hadn’t violated terms of service.

“I also am not seeing clear or coded incitement in the DJT tweet,” wrote Twitter policy official Anika Navaroli. “Our team has assessed and found no [violations] for the DJT one.”

Another employee said it was “pretty clear” Trump was referring to “American Patriots” rather than rioters.

16. She does just that: “as an fyi, Safety has assessed the DJT Tweet above and determined that there is no violation of our policies at this time.” pic.twitter.com/wMQ68Hu2xA

Although executives determined the former President had not incited violence, Twitter’s then-head of legal, policy, and trust Vijaya Gadde proposed Trump’s tweets may have “coded incitement to further violence.”

26. Less than 90 minutes after Twitter employees had determined that Trump’s tweets were not in violation of Twitter policy, Vijaya Gadde—Twitter’s Head of Legal, Policy, and Trust—asked whether it could, in fact, be “coded incitement to further violence.” pic.twitter.com/llJRMfpOPi

“[Israel] is a malignant cancerous tumor in the West Asian region that has to be removed and eradicated: it is possible and it will happen,” said Iran’s Ayatollah Ali Khamenei in 2018.

In 2020, former Malaysian Prime Minister Dr. Mahathir Mohamad said, “Muslims have a right to be angry and to kill millions of French people for the massacres of the past.”

21. In October 2020, the former Malaysian Prime Minister said it was “a right” for Muslims to “kill millions of French people.”

Gadde and then-CEO Jack Dorsey reportedly held a 30-minute all-staff meeting discussing why Trump’s account had not been banned. Employees further pushed back by suggesting the decision to uphold Twitter’s terms of service was “like Nazis following orders,” according to former head of trust and safety Yoel Roth.

“Multiple tweeps [Twitter employees] have quoted the Banality of Evil suggesting that people implementing our policies are like Nazis following orders,” said Roth.

30. “Multiple tweeps [Twitter employees] have quoted the Banality of Evil suggesting that people implementing our policies are like Nazis following orders,” relays Yoel Roth to a colleague. pic.twitter.com/cm5yzuSYSV

“Team DJT is suspended!!!” announced one employee as others expressed satisfaction with the decision.

“Thank you everyone for your impactful work this week,” wrote another employee following Trump’s ban.

34. And congratulatory: “big props to whoever in trust and safety is sitting there whack-a-mole-ing these trump accounts” pic.twitter.com/8ZssvH9ooH

In 2019, Twitter published a blog detailing their policy on world leaders, saying their “mission is to provide a forum that enables people to be informed and to engage their leaders directly.”

“We focus on the language of reported Tweets and do not attempt to determine all potential interpretations of the content or its intent,” read the policy, appearing to contradict their “coded incitement of further violence” interpretation of Trump’s tweets.

The blog further details world leaders would be subject to Twitter’s policies and would face “enforcement action” for violations including “promotion of terrorism,” along with “clear and direct threats of violence against an individual,” among other violations of doxxing, self-harm or child sexual exploitation.

“In other cases involving a world leader, we will err on the side of leaving the content up if there is a clear public interest in doing so,” according to the blog post. “Our goal is to enforce our rules judiciously and impartially.” 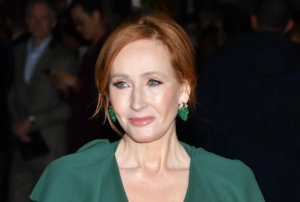