Twitter is facing a new lawsuit in Germany over how the platform handles Holocaust denial and “hate speech.”

The lawsuit was filed in Berlin regional court by HateAid, an organization fighting against “hate speech,” and the European Union of Jewish Students (EUJS).

Unlike in America, where we have the First Amendment, Holocaust denial and some forms of “hate speech” are against the law in Germany.

On their website, HateAid argues that Twitter is failing to protect users by allowing antisemitic statements and insults against Jews to be made.

“Twitter promises to protect all its users,” HateAid says on their website. “But antisemitism is a normality on the platform. Insults against Jews, trivialisation and denial of the shoah: antisemitic statements, images and videos can be found all over Twitter. The platform’s lack of moderation leads to an unprecedented spread of antisemitic ideology.”

Twitter’s policies already prohibit Holocaust denial on the platform, but HateAid claims that the rule is not adequately enforced.

“We prohibit content denying that a genocide […] has taken place […]. This rule applies, among other things, to events such as the Holocaust […],” Twitter’s policy states.

HateAid argued that “Even if the platform is alerted about it by users. Current studies prove that 84 % of posts containing antisemitic hate speech were not reviewed by social media platforms, as shown in a study by the Center for Countering Digital Hate. Which means that Twitter knows Jews are being publicly attacked on the platform every day and that antisemitism is becoming a normality in our society. And that the platform’s response is by no means adequate.”

“Twitter’s actions are based solely on its own, intransparent rules, relying on the fact that users have no chance to appeal – for example, when it comes to the non-deletion of incitements to hatred,” Josephine Ballon, Head of Legal HateAid, said in a statement on the organization’s website. “There has been no single case where a social network was prosecuted for this by the authorities. This is why civil society has to get involved, looking for ways to demand the removal of such content. We as an NGO act as representative for the affected communities which are subject to hostility and incitements of hatred on a daily basis. Thus we can build pressure on the platforms in the long term.”

Twitter owner Elon Musk has not yet commented on the lawsuit. 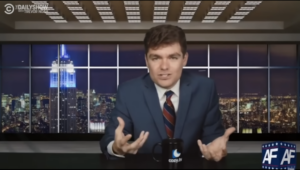