The U.S. Transportation Security Administration (TSA) has spent $18.6 million in funding to develop and launch “non-binary screening systems,” which will be deployed in U.S. airports in January.

Funding from this year’s Omnibus Appropriations fund, the government’s annual spending budget, has been used to modify the TSA’s Advanced Imaging Technology (AIT) that is used in airports, according to Fox News.

“TSA identified an opportunity to enhance our existing AIT security effectiveness capabilities and simultaneously implement a gender-neutral algorithm,” the agency says on its website, in a section with information for transgender passengers.

The old system utilized software that relies on gender-specific algorithms and a generic physical outline of the human body identical to all passengers. Currently, when a traveler enters the imaging portal, the TSA officer chooses a male or female gender based on observation. Then, the equipment conducts a scan and indicates any areas warranting further screening.

Once the new algorithms are implemented, a person’s gender identity will be factored in, allowing for a secondary automated screening, instead of manual pat-downs, in many cases.

The TSA says the updated machines will “advance civil rights” and “improve the customer experience” and were pushed by the Inclusion Action Committee, launched by the Trump administration in August 2020, according to Dailymail.

TSA data shows that of the 26,592 annual screening complaints, six percent are from individuals who identify as LGBTQ. TSA officials believe that transgender people are more likely to get flagged for additional screenings.

Bonilla says that the new technology should reduce the number of pat-downs at TSA checkpoints.

The TSA says if a screening alarm goes off, or if a traveler opts-out “of screening by technology, a pat-down procedure is performed, and is generally conducted by an officer that is the same gender as the TSA officer’s assessment of how you present. Alternatively, you may choose to inform the officer of your gender identity and make a request that the pat-down be conducted by an officer of that gender.” 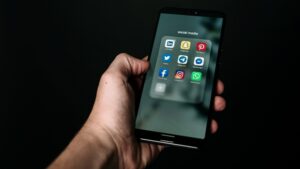