TSA Planning to Roll Out Facial Recognition in Airports Nationwide

The Transportation Security Administration is planning to roll out facial recognition technology at airports nationwide.

A pilot program of the biometric technology was released in 2017 by the Department of Homeland Security.

The screenings, which the agency is calling “Credit Authentication Technology with Camera,” or “CAT-2,” as it is known commonly known, will scan a travelers face to match it with their photo identification.

While the system is being tested, the TSA website says that they convert the information into an anonymized format, encrypt it, and transfer it for “temporary analysis” to the Department of Homeland Security Science & Technology Directorate, which “assesses the effectiveness of this biometric technology proof of concept.”

The federal agency claims that DHS deletes the data “within 180 days.”

Though it is still in the testing phrase, the technology is already being used in 16 airports.

Jason Lim, who runs the TSA’s facial recognition program, told the Washington Post that the agency “hopes to expand it across the United States as soon as next year.”

The Washington Post reporter questioned Lim about if the information collected at airports will be used in criminal cases, such as identifying people who were at protests.

“The scanning and match is made and immediately overwritten at the Travel Document Checker podium. We keep neither the live photo nor the photo of the ID,” Lim asserted. However, the report noted that “the TSA did acknowledge there are cases in which it holds on to the data for up to 24 months so its science and technology office can evaluate the system’s effectiveness.”

While the current iteration of the facial recognition software involves presenting an ID and being photographed at a kiosk, the agency is already working on developing a more advanced system. They are currently experimenting with technology that does not require a physical ID to be checked, “your face is your ID,” the Post report says.

“In tests with Delta, machines compare passengers’ live faces to a database of photos the government already has, typically from passports,” the report explains. “For now, this system only works for passengers with PreCheck or Global Entry and passengers also have to request it from Delta. A colleague recently tried it in Atlanta and reported it was like an extra-fast version of PreCheck that probably saved him five minutes on his trip.”

Lim said that the facial recognition check will not be mandatory, but you will have to actively opt out.

“None of this facial recognition technology is mandated,” Lim said. “Those who do not feel comfortable will still have to present their ID — but they can tell the officer that they do not want their photo taken, and the officer will turn off the live camera.”

Asked if this would impact a traveler negatively, such as with a mark on their record or an extra pat down, Lim claimed that it will not.

“You should have no derogatory experience based on you exercising your right,” said Lim. 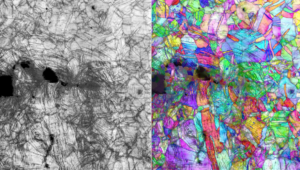