The Lawrence Berkeley National Laboratory in partnership with the Oak Ridge National Laboratory published their findings on a new material earlier this month, explaining that contrary to the behavior of most materials on Earth, this particular alloy actually becomes tougher and more ductile under colder conditions.

“When you design structural materials, you want them to be strong but also ductile and resistant to fracture,” said Easo George, one of the project’s co-leads and the Governor’s Chair for Advanced Alloy Theory and Development at ORNL and the University of Tennessee.

The alloy is composed of chromium, cobalt, and nickel (CrCoNi) and is a member of a subset of alloys known as High Entropy Alloys.

“The toughness of this material near liquid helium temperatures (20 kelvin, -424 Fahrenheit) is as high as 500 megapascals square root meters,” said Robert Ritchie, who is the project’s other lead and a senior faculty scientist in Berkeley Lab’s Materials Sciences Division. Ritchie went on to explain what those numbers might mean to the uninitiated. According to the scientist, under the same conditions, silicon registers at one, the aluminum used in airplanes is about 35, and the toughness of the best steel around can only manage 100 megapascals square root meters, which is the unit used to measure a material’s resistance to fracture.

George and Ritchie began their research almost a decade ago, but with the limited resources at their disposal, the pair of researchers were only able to test the alloy at the temperature of liquid nitrogen. It would take them the next ten years to “[find] facilities that would enable stress testing samples in such a cold environment, and [recruit] team members with the analytical tools and experience needed to analyze what happens in the material at an atomic level,” according to a government press release announcing their findings and further discussed the new material’s properties:

Using neutron diffraction, electron backscatter diffraction, and transmission electron microscopy, Ritchie, George, and their colleagues at Berkeley Lab, the University of Bristol, Rutherford Appleton Laboratory, and the University of New South Wales examined the lattice structures of CrCoNi samples that had been fractured at room temperature and 20 K. (For measuring strength and ductility, a pristine metal specimen is pulled until it fractures, whereas for fracture toughness tests, a sharp crack is intentionally introduced into the sample before it is pulled and the stress needed to grow the crack is then measured.)

The images and atomic maps generated from these techniques revealed that the alloy’s toughness is due to a trio of dislocation obstacles that come into effect in a particular order when force is applied to the material. First, moving dislocations cause areas of the crystal to slide away from other areas that are on parallel planes. This movement displaces layers of unit cells so that their pattern no longer matches up in the direction perpendicular to the slipping movement, creating a type of obstacle. Further force on the metal creates a phenomenon called nanotwinning, wherein areas of the lattice form a mirrored symmetry with a boundary in between. Finally, if forces continue to act on the metal, the energy being put into the system changes the arrangement of the unit cells themselves, with the CrCoNi atoms switching from a face-centered cubic crystal to another arrangement known as hexagonal close packing.

This sequence of atomic interactions ensures that the metal keeps flowing, but also keeps meeting new resistance from obstacles far past the point that most materials snap from the strain. “So as you are pulling it, the first mechanism starts and then the second one starts, and then the third one starts, and then the fourth,” explained Ritchie. “Now, a lot of people will say, well, we’ve seen nanotwinning in regular materials, we’ve seen slip in regular materials. That’s true. There’s nothing new about that, but it’s the fact they all occur in this magical sequence that gives us these really tremendous properties.”

According to the Lawrence Berkeley National Laboratory, the material, though expensive, could serve a practical use in deep space exploration. 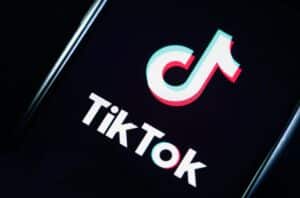