Facebook, owned by parent company Meta, is reportedly discussing reinstating Trump’s account, according to a letter from the former President’s team, the Daily Caller reported.

Trump’s account was banned by Facebook after the Capitol riot on Jan. 6, 2021 and was set to expire Jan. 7 this year. Meta determined the former president “[praised] people engaged in violence” in regards to the riot.

The letter details the ban on Trump “has dramatically distorted and inhibited the public discourse,” suggesting a continued ban would be a “deliberate effort by a private company to silence Mr. Trump’s political voice,” the outlet reported.

“Every day that President Trump’s political voice remains silenced furthers an inappropriate interference in the American political and election process,” the letter references the former President’s bid for office in 2024, further noting Trump was unbanned from Twitter in November following Elon Musk’s acquisition of the company.

According to a contract, the former President is legally obligated to uphold with Trump Media & Technology Group (TMTG) and Trump may not be active on Facebook should he be unbanned, the Daily Caller reported.

The contract legally binds the former President to post on Truth Social, though Trump may post to other social media sites after the first 6 hours.

However, Trump is legally allowed to “post from a personal account related to political messaging, political fundraising or get-out-the-vote efforts on any social media site at any time,” according to the contract.

A Meta spokesperson said the company “will announce a decision in the coming weeks in line with the process we laid out,” NBC News announced.

Campaign advisers are workshopping ideas for his first tweet.https://t.co/pFtIn4xuK3

“Trump is probably coming back to Twitter. It’s just a question of how and when,” said one anonymous Republican in a statement to the outlet. “He’s been talking about it for weeks, but Trump speaks for Trump, so it’s anyone’s guess what he’ll do or say or when.”

“If Facebook wants to have this fight, fine, but the House is leverage, and keeping Trump off Facebook just looks political,” said the adviser referencing House Democrat Adam Schiff of California who requested Facebook keep Trump off the platform in a letter.

“Trump has continued to post harmful election content on Truth Social that would likely violate Facebook’s policies, and we have every reason to believe he would bring similar conspiratorial rhetoric back to Facebook, if given the chance,” wrote Schiff. 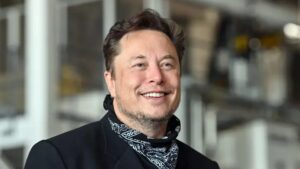