Trump: ‘We Will Ban Men from Participating in Women’s Sports’

President Donald Trump vowed to ban biological men from participating in women’s sports during his rally in Texas over the weekend.

Thomas was on the men’s swimming team at the university, with unremarkable results, until 2019.

“We will ban men from participating in women’s sports,” Trump asserted. “So ridiculous.”

“Did you see the man that was on a swimming team at a certain school that I know very well? The record held for like 11 years, he beat it by 38 seconds!” Trump continued. “But the best is the weightlifting records – they’re going. One guy walks in with one hand…he broke the record that held up for 20 years. For 20 years they’re putting a little half an ounce on each side of the weights and the women are working so hard.”

Transgender weightlifter Laurel Hubbard competed at the Tokyo Olympics, but biological woman Wenwen Li of China of took the gold.

USA Swimming official of three decades, Cynthia Millen, stepped down in December in protest of Thomas being allowed to compete against biological women.

Millen believes that biological males competing against biological women are going to destroy the sport.

“It’s horrible,” Millen said during the interview. “The statement for women then is you do not matter, what you do is not important, and little girls are going to be thrown under the bus by all of this.”

Praise to #cynthiaMillen for resigning in disgust.

No woman should ever get in the pool with #liaThomas — then, it ends. pic.twitter.com/iv5BuuMCak

Currently, biological men are allowed to compete on women’s teams after one year of “testosterone suppression treatment.”

Millen does not believe that those rules are enough, telling Fox News, “while Lia Thomas is a child of God, he is a biological male who is competing against women. No matter how much testosterone suppression drugs he takes, he will always be a biological male and have this advantage.”

Trump is widely expected to run for president in 2024, though he still has not officially announced a campaign. 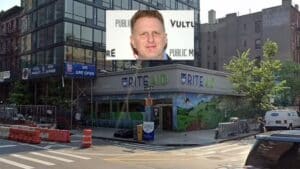