Ottawa Police report the protest is costing the city $800,000 a day

Trudeau announced last week — just days before truckers were scheduled to arrive in Ottawa to protest vaccine mandates and COVID-19 regulation — that he had been exposed to someone who was positive for the virus. He had tested negative but was spending five days in isolation.

The 50-year-old told The Canadian Press on Jan. 28 that the COVID-19 positive person was one of his children.

On Jan. 31, Trudeau confirmed he had tested positive but was “feeling fine.” He says he will continue to work remotely.

This morning, I tested positive for COVID-19. I’m feeling fine – and I’ll continue to work remotely this week while following public health guidelines. Everyone, please get vaccinated and get boosted.

Trudeau’s quarantine coincided with the Freedom Convoy 2022, a grassroots protest organized by members of the Canadian trucking industry. Thousand of truckers arrived in the Nation’s capital on Jan. 29 after convoying across the country. They parked on the streets surrounding Parliament Hill, blocking normal traffic flow.

Citizens pack Parliament Hill to greet the 50,000-strong truck convoy as they begin to arrive for this weekend’s protests against vaccine mandates and COVID tyranny in Ottawa, Canada.pic.twitter.com/nqhmp8ijlB

OTTAWA – One time, one chance. Make it count.

While Trudeau had previously labeled the protest’s participants a “small fringe” movement, convoy organizers denounced his statement as an attempt to smear their efforts.

The truckers want the government to repeal a mandate requiring truckers to be vaccinated against COVID-19 to cross the U.S.-Canada border. They also want an end to the two-week quarantine requirement for those returning from international trips. Both requirements went into effect on Jan. 15.

More than $7.1 million has been raised by 112,000 donors on GoFundMe to cover the cost of fuel, food and lodging for the drivers.

Trudeau and his family left their home in downtown Ottowa on Jan. 29 and moved to a secret location, citing security concerns. It is unclear how his COVID-19 status will impact his return to the city.

Trudeau released a video address on Jan. 31 that included the following comments:

“I have also chosen to not go anywhere near protests that have expressed hateful rhetoric, violence towards fellow citizens and a disrespect — not just of science but the frontline health workers and, quite frankly, the 90% of truckers who have been doing the right thing to keep Canadians safe, to put food on our tables. Canadians know where I stand. This is a moment for responsible leaders to think carefully about where they stand and who they stand with.”

Trudeau added that he has attended rallies and protests in the past when he “agreed with the goals” and supported the people involved: “Black Lives Matter is an excellent example of that,” he said.

The protest has been denounced by the Canadian Trucking Alliance as well as the nonprofit Canadian Anti-Hate Network.

“The ‘Freedom Convoy’ is nothing but a vehicle for the far-right,” the Network said in a statement on its website over the weekend. “They say it is about truckers … but if you look at its organizers and promoters, you’ll find Islamophobia, antisemitism, racism, and incitements to violence.”

The Ottawa Police Service said on Jan. 30 that it had “been actively and patiently managing a well-funded, major demonstration in the downtown core.”

“Police are aware that many demonstrators have announced their intention to stay in place,” according to the statement. “This will continue to cause major traffic, noise and safety issues in the downtown core. We urge all residents to avoid travel to the core.”

The department added that it has “avoided ticketing and towing vehicle so as not to instigate confrontations with demonstrators.”

Policing the protest is reportedly costing the city $800,000 a day.

Editor’s Note: A previous version of this article did not include comments Trudeau offered in his video address on Jan. 31. 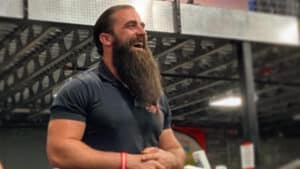