Former President Donald Trump had harsh words for Prince Harry and the Duchess of Sussex during a preview of an interview with Piers Morgan.

The no-holds-barred comments were made in a clip of the interview obtained by The Sun.

BREAKING: In new bombshell from my interview, President Donald Trump calls for the Queen to strip Prince Harry & wife Meghan of all royal titles.
Calls Harry ‘embarrassing’, ‘disrespectful’ & ‘the most whipped man in the world.’ pic.twitter.com/nAsSwXA6Qp

Prince Harry recently quit his royal duty to move to the United States with Meghan, an American former actress.

“I’m not a fan of Meghan, and I wasn’t from the beginning. Poor Harry is being led around by his nose. And I think he’s an embarrassment And I think when she spoke badly of the Royal Family, but in particular the Queen you know, I met the Queen. It was supposed to be for 20 minutes,” Trump says in the clip.

Morgan chimed in, “I saw you just after you saw her.”

“Right. It was supposed to be just a quick meeting. And it was beautiful. The pomp and ceremony, nobody does it like the English I don’t know what it is. But nobody does it,” Trump continued.

“We have a certain style,” Morgan said.

Morgan said that he has heard that the Queen was not the only member of the royal family that enjoyed Trump’s company.

“We had a great time and then they honored the United States but they honored me that night which is really the honor of the country, and it was at the top level. And I sat next to her and we talked the whole night. And somebody said, we’ve never seen her smile so much. We had a great time. She was laughing and smiling. They said they’ve never seen her have such a good time at a state dinner. You know, normally they’re a little boring. Okay, this wasn’t boring,” Trump said.

At this point, the interview took a turn as Morgan ripped Prince Harry and the Duchess for “living in luxury and California” and “exploiting their titles for financial gain.”

“I don’t think you can have your royal cake and eat it. That’s my argument about it,” Morgan said.

Trump did not hold back his opinion, either — predicting that the royal romance will “end bad.”

“So I want to know what’s going to happen when Harry decides he’s had enough of being bossed around. Or maybe when she decides that she likes some other guy better. I want to know what’s going to happen when it ends, okay,” Trump said. When asked by Morgan if he believes it is going to end, the former president said, “I do. I’ve been a very good predictor, as you know. I predicted almost everything. It’ll end and it’ll end bad. And I wonder if Harry’s gonna go back on his hands and knees back into the beautiful city of London and say, please. You know, I think Harry has been led down a path.”

Later in the clip, Trump said that he also believes the royal couple should be stripped of their titles by the Queen.

“If you were the Queen, is it at the stage now, would you remove their royal titles?” Morgan asked.

“I would. The only thing I disagree with the Queen on probably one of the only things ever is that I think she should have said, if that’s your choice, fine. But you no longer have titles, you know, and frankly, don’t come around where you’re just, because her loyalty is to the country. She said that many times. Her loyalty is to the country. And I think that he has been so disrespectful to the country, and it’s a great country,” Trump said. “I own a lot of things there. I own a place called Turnberry and in Aberdeen I own and, I mean we have Aberdeen is beautiful the oil capital of Europe and I own things there and I love that country. It’s incredible, in Scotland, I love Turnberry, I love what I did there. I built things there.”

The still-unaired interview has already generated headlines over the last week, as Morgan was accused of promoting a misleadingly edited clip that made it appear as though Trump was storming off the set and demanding the camera be turned off.

Recorded audio from the Trump camp revealed that was not the case and that the interview ended cordially.

In the audio of the end of the interview, Morgan says, “that was a great interview.”

“Thank you very much. I really appreciate it,” Morgan responds, at which point Trump said, “turn the camera off.”

The full interview of “Piers Morgan Uncensored” is scheduled to air Monday at 8 p.m. on TalkTV. 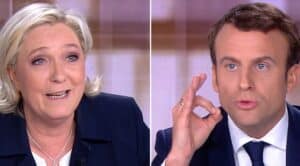