Trump Says He's Confident He Could Beat DeSantis in 2024

Former President Donald Trump said during an interview that he believes he could beat Florida Governor Ron DeSantis if he chooses to run in 2024.

Neither of the two men have formally announced their plans to run for the presidency.

Speaking to the New Yorker, Trump said “I don’t know if Ron is running, and I don’t ask him.” He added, “It’s his prerogative. I think I would win.”

Trump also took credit for DeSantis winning the Florida governor’s race because of his endorsement, telling the reporter, “If I didn’t endorse him, he wouldn’t have won.”

The article also cited an unnamed “consultant who has worked for several Republican candidates” who reportedly said that Trump had talked with confidants about ways to “stop” DeSantis.

“Trump World is working overtime to find ways to burn DeSantis down. They really hate him,” the consultant said.

DeSantis is up for reelection in the gubernatorial race this year and has maintained that he is currently only focused on that race.

The former president is still the frontrunner in most hypothetical polls, but DeSantis has been consistently rising. When Trump is not on the ballot, DeSantis takes a clear and decisive lead in the field.

On June 13, a week before the New Yorker article was published, DeSantis refused to confirm or rule out a 2024 presidential bid during an appearance on Fox News.

Fox & Friends co-host Ainsley Earhardt asked, “when will you announce or when will most candidates announce? Not until after midterms?”

Though Trump is the victor in most polls, DeSantis bested former President Donald Trump in a 2024 straw poll at the Western Conservative Summit, for the second time, earlier this month.

In May, DeSantis beat Trump as the top pick for 2024 in a Wisconsin Republican Party straw poll. When presented with a hypothetical 2024 GOP field, nearly 38 percent of attendants backed DeSantis, while Trump came in second at 32 percent. None of the other possible candidates made it into the double digits.

Trump has consistently teased a third run for the White House, without actually confirming his intentions. 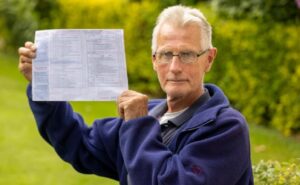