Trump Says He Wanted to March to the Capitol on January 6, But Secret Service Wouldn't Allow It

President Donald Trump has revealed that he wanted to go join the protesters at the Capitol on January 6, but the Secret Service wouldn’t allow it.

The former president said in a new interview with the Washington Post that “I would have gone there in a minute.”

During a 45 minute interview, the president discussed what was going through his mind that day, including his belief that House Speaker Nancy Pelosi or DC Mayor Muriel Bowser would have been handling securing the Capitol.

“I thought it was a shame, and I kept asking why isn’t she doing something about it? Why isn’t Nancy Pelosi doing something about it? And the mayor of D.C. also. The mayor of D.C. and Nancy Pelosi are in charge,” Trump said. “I hated seeing it. I hated seeing it. And I said, ‘It’s got to be taken care of,’ and I assumed they were taking care of it.”

Last July, Rep Jim Banks also accused Pelosi of being responsible for the security breakdown that day after he was barred from being on the House committee investigating the events on January 6.

“So she doesn’t want us to ask these questions because at the end of the day, she is ultimately responsible for the breakdown of security at the capitol that happened on January 6,” he said.

In the interview, Trump also explained that he did not regret telling people to come to DC, saying that he had urged them to be “peaceful and patriotic.”

“Secret Service said I couldn’t go. I would have gone there in a minute,” he said.

The former president and possible 2024 contender expressed his excitement about how large the crowd was during his speech on the Ellipse prior to the Capitol being stormed. 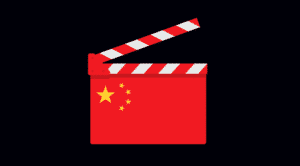 Better Red Than Dead: How Hollywood Rolled Out the ‘Red Carpet’ for Communist China