Trump Responds to Release of Redacted Affidavit, Calls the US a 'Lawless Country'

Former President Donald Trump has responded to the release of a heavily redacted copy of the FBI affidavit used to justify the raid of his residence at Mar-a-Lago in Florida.

Affidavits are typically sealed during ongoing investigations, but it was unsealed by Magistrate Judge Bruce Reinhart, citing “extraordinary public interest.”

The Justice Department said that the redactions were necessary to “protect the safety and privacy of a significant number of civilian witnesses, in addition to law enforcement personnel, as well as to protect the integrity of the ongoing investigation.”

“The government is conducting a criminal investigation concerning the improper removal and storage of classified information in unauthorized spaces, as well as the unlawful concealment or removal of government records,” an FBI agent wrote on the first page of the document.

Judge Reinhart said that “the Government has met its burden of showing that its proposed redactions are narrowly tailored to serve the Government’s legitimate interest in the integrity of the ongoing investigation and are the least onerous alternative to sealing the entire Affidavit.”

Trump responded to the release on Friday afternoon, using his social media platform Truth Social — declaring that the US is a “lawless country.”

“The political Hacks and Thugs had no right under the Presidential Records Act to storm Mar-a-Lago and steal everything in sight, including Passports and privileged documents,” Trump said. “They even broke into my safe with a safecracker – Can you believe? This Act was created for a very good reason, and it works. We are right now living in a Lawless Country, that just so happens to be, also, a Failing Nation!” 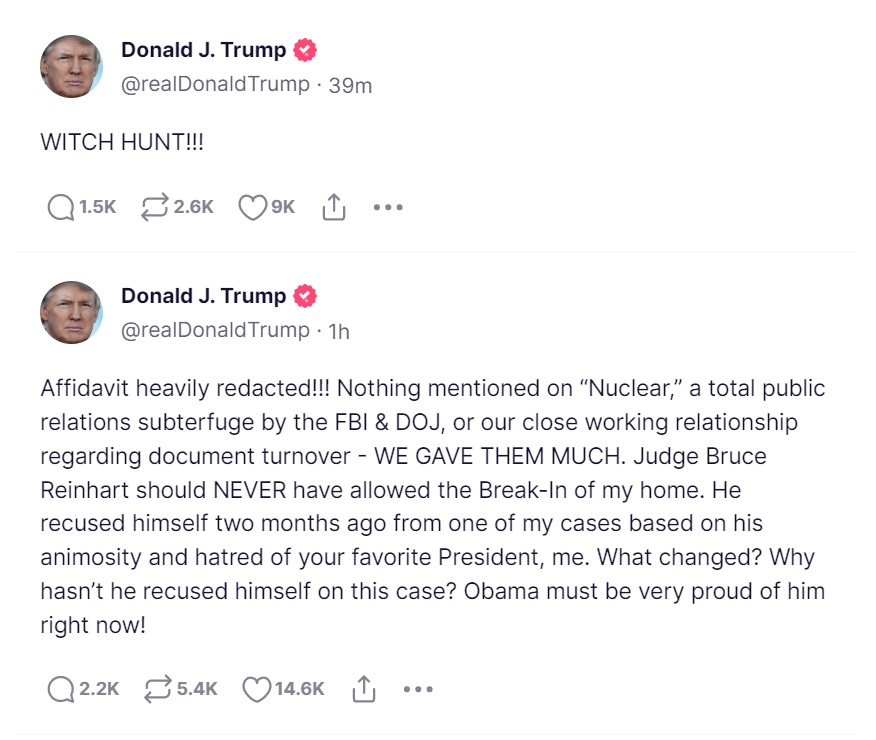 Trump continued, “affidavit heavily redacted!!! Nothing mentioned on ‘Nuclear,’ a total public relations subterfuge by the FBI & DOJ, or our close working relationship regarding document turnover – WE GAVE THEM MUCH. Judge Bruce Reinhart should NEVER have allowed the Break-In of my home. He recused himself two months ago from one of my cases based on his animosity and hatred of your favorite President, me. What changed? Why hasn’t he recused himself on this case? Obama must be very proud of him right now!”

“Keep loving our Country – It will come back into your hearts stronger than ever before!!!” Trump wrote in a separate post.

In another post, the former president simply wrote, “WITCH HUNT!!!” 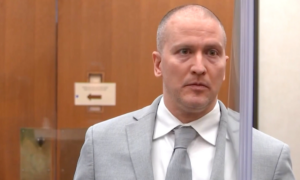