On Friday, the January 6th committee officially subpoenaed former President Donald Trump for his involvement in the Capitol riot.

The former President must produce documents requested by the committee by Nov. 4 and appear for testimony later in the month, according to the subpoena.

“As demonstrated in our hearings, we have assembled overwhelming evidence, including from dozens of your former appointees and staff, that you personally orchestrated and oversaw a multi-part effort to overturn the 2020 presidential election and to obstruct the peaceful transition of power,” wrote Chairman Bennie Thompson and Vice Chair Liz Cheney in an accompanying letter, according to Daily Mail.

“In short, you were at the center of the first and only effort by any U.S. President to overturn an election and obstruct the peaceful transition of power, ultimately culminating in a bloody attack on our own Capitol and on the Congress itself.”

The committee’s seven Democratic and two Republican members unanimously voted to subpoena the former President in their final public hearing on Oct. 13.

“Why didn’t the Unselect Committee ask me to testify months ago?” Trump said in a Truth Social post shortly after the vote. “Why did they wait until the very end, the final moments of their last meeting? Because the Committee is a total ‘BUST’ that has only served to further divide our Country which, by the way, is doing very badly – A laughing stock all over the World?”

Former President Trump continued his response to the subpoena vote in a series of posts, saying, “the Unselect Committee knowingly failed to examine the massive voter fraud which took place during the 2020 Presidential Election – The reason for what took place on January 6th.”

“The Unselect Committee is a giant Scam, presided over by a group of Radical Left losers, and two failed Republicans, the likes of which our Country has rarely seen before. MAKE AMERICA GREAT AGAIN!”

On Oct. 14, Trump released a letter responding to the initial subpoena vote saying, “THE PRESIDENTIAL ELECTION OF 2020 WAS RIGGED AND STOLEN!”

The same group of Radical Left Democrats who utilized their Majority position in Congress to create the fiction of Russia, Russia, Russia, Impeachment Hoax #1, Impeachment Hoax #2, the $48 Million Mueller Report (which ended in No Collusion!), … the atrocious and illegal Spying on my Campaign, and so much more, are the people who created this Committee of highly partisan political Hacks and Thugs whose sole function is to destroy the lives of many hard-working American Patriots, whose records in life have been unblemished until this point of attempted ruination. The double standard of the Unselects between what has taken place on the “RIGHT,” and what has taken place with Radical Left, lawless groups such as Antifa, Black Lives Matter, and others, is startling and will never be acceptable, even to those who will be writing the history of what you have done to America.

The former President continued the letter by detailing his frustration with the committee and claiming he was not being treated fairly.

“The people of this Country will not stand for unequal justice under the law, or Liberty and Justice for some,” Trump concluded the letter. “Election Day is coming. We demand answers on the Crime of the Century”

Trump has not responded to the official subpoena as of Friday afternoon. However, the former President would reportedly be interested in testifying before the committee in a live broadcast in order to label the committee as a witch hunt, according to the outlet.

Former advisor to President Trump, Steve Bannon, was sentenced to four months in prison earlier Friday for refusing to comply with lawmakers regarding his involvement in the Capitol riot. Bannon’s sentence may be stayed, however, should his legal team seek an appeal before Nov. 15. 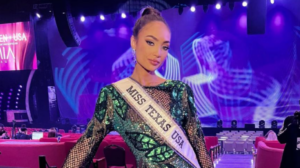