The race was being closely watched as a measure of the former president’s continued influence within the party.

J.D. Vance is the projected winner of the Ohio Senate GOP nomination. He will face Democratic nominee, Rep. Tim Ryan in the November general election.https://t.co/LJv1ckGPT7 pic.twitter.com/CzfNdOpPkS

At 9:35 p.m., the Associated Press called the race for Vance.

The six-way race had become a competition for Trump’s endorsement, with each candidate trying their best to prove that they would most strongly support the America First agenda. Over $70 million was spent on commercials across all the campaigns, according to a report from NBC News.

Prior to the endorsement, Vance was behind in the polls and was taking hits for previous criticisms of Trump.

“I’m a Never Trump guy,” Vance said in an interview with Charlie Rose in 2016, which was used in campaign ads by groups supporting his main competitor former state Treasurer Josh Mandel. “I never liked him.”

Vance has since retracted those views and said that he was wrong.

Trump acknowledged the past criticism in his endorsement, writing, “Like some others, JD Vance may have said some not so great things about me in the past, but he gets it now, and I have seen that in spades.

“He is our best chance for victory in what could be a very tough race,” Trump continued. “The Democrats will be spending many millions of dollars but the good news is that they have a defective candidate who ran for president and garnered exactly zero percent in the polls. The bottom line is, we must have a Republican victory in Ohio.”

Speaking to supporters in a ballroom in Cincinnati after securing the nomination, Vance took aim at the media, saying, “there’s some good ones in the back there, there’s also some bad ones, too, let’s be honest. … They wanted to write a story that this campaign would be the death of Donald Trump’s America First agenda.” He also thanked Trump for the endorsement, which gave him a 12 point push in the polls.

Donald Trump Jr., who campaigned with Vance, said that he represents a “new generation of conservative fighters.”

Tens of millions of RINO dollars spent to stop my man @JDVance1 in Ohio and they call it before 9 o’clock. The America First movement is alive and well people. Congrats JD, well done. pic.twitter.com/Yhu3LEHjQF

“I couldn’t be happier about J.D.’s victory tonight,” Trump Jr. said in a statement to NBC News. “J.D. represents a new generation of conservative fighters in the vein of my father who understand that the time for talking is over, and the time for getting things done is here.”

.@JDVance1 Calling Out The Establishments In Both Parties Over Their Handling Of The Drug Crisis

-The GOP Establishment For Doing Nothing To Punish The Sackler Family For Opioid Crisis
-The Democrat Establishment For Helping The Mexican Drug Cartels Flood Our Country w/ Fentanyl pic.twitter.com/lTqblDpoYv 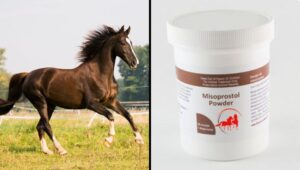