Former President Donald Trump once again demanded a re-do of the 2020 presidential election in a social media post just before 2 a.m. on Tuesday.

Trump posted the call for a new election on his platform Truth Social, which was created after he was banned from Facebook and Twitter following the Capitol protest on January 6.

“The Presidential Election was BADLY & IRREPARABLY TAINTED by the FBI’s FAKE description of the ‘Laptop from Hell’ to Facebook & the LameStream Media – & for MANY other reasons as well,” Trump posted.

Facebook CEO Mark Zuckerberg recently told Joe Rogan that the platform had limited the reach of the New York Post’s story on Hunter Biden’s laptop after warnings of “Russian disinformation” from the FBI. He specified that the warning was not about that story in particular, but that it had matched descriptions of what to look out for.

BREAKING: Zuckerberg says Facebook limited distribution of the Hunter laptop story based on a general request from the FBI pic.twitter.com/fNzxGuXoF0

A recent poll conducted by the Technometrica Institute of Policy and Politics found that 79 percent of voters believe that “truthful” coverage of the laptop story would have changed the outcome of the election.

“Among those following the topic, almost three-quarters (74 percent) believe that the FBI and Intelligence Community deliberately misled the public—and voters—when they claimed the laptop was ‘disinformation’ and part of a Kremlin plot to hurt Biden’s candidacy,” the pollsters reported.

Trump’s late night social media rant continued on to demand that the government “declare the rightful winner” or “hold a new election, NOW!”

“Declare the rightful winner, or hold a new Election, NOW! Our Country, which is failing badly, knows the ‘score,’ and will never accept Criminal Election Interference. The FBI just fired its Special Agent In Charge of this outrageous & very illegal assault on the Constitution of the United States of America!” the former president continued.

Trump was referring to former Washington Field Office Assistant Special Agent in Charge Tim Thibault, who the Washington Times reports was escorted out of the FBI headquarters on Friday. Their report stated that he was “forced out,” while other outlets including Fox News maintained that he “retired.”

Thibault was accused by whistleblowers of acting with a political bias in cases related to Trump and Hunter Biden earlier this year.

As Timcast previously reported, in May, Republican Sen. Chuck Grassley had referred Thibault to the Office of Special Counsel for potential violations of the Hatch Act over politically charged social media activity — including retweeting a post from the anti-Trump Lincoln Project, which referred to the former president as “a psychologically broken, embittered, and deeply unhappy man.”

Trump had also posted about his desire for a new election or to be declared the winner in a post to Truth Social on Monday. 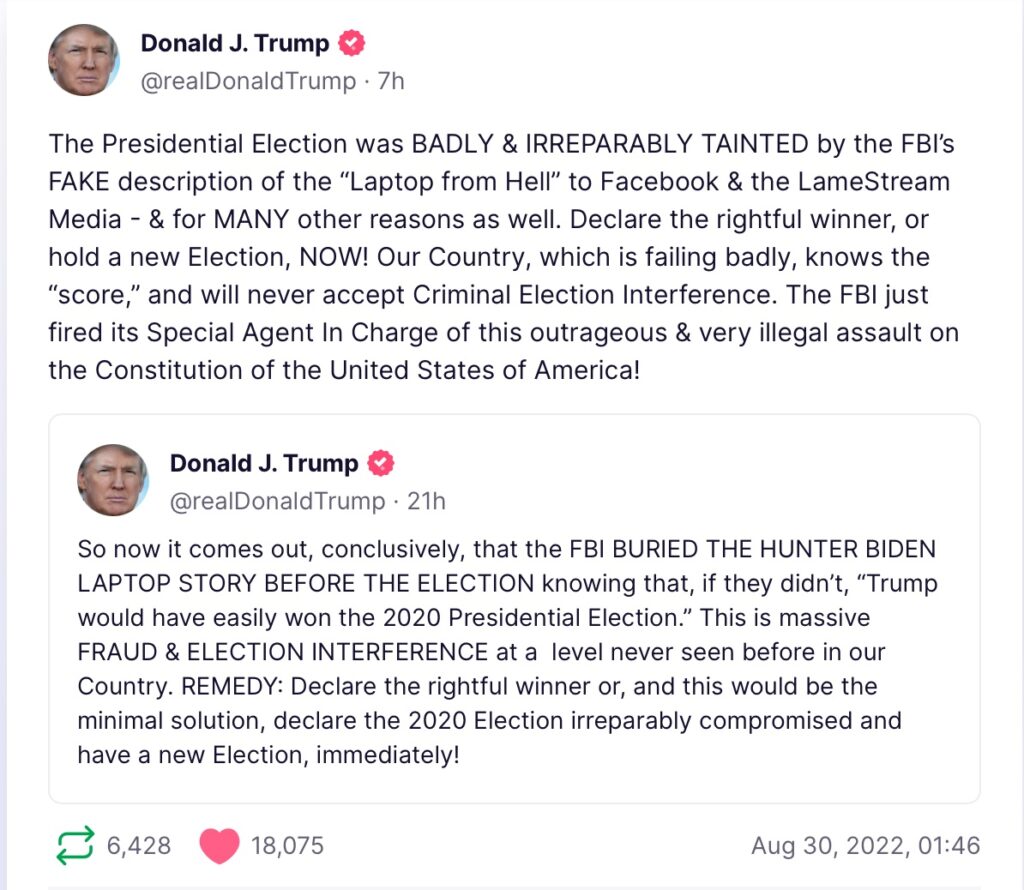 “So now it comes out, conclusively, that the FBI BURIED THE HUNTER BIDEN LAPTOP STORY BEFORE THE ELECTION knowing that, if they didn’t, ‘Trump would have easily won the 2020 Presidential Election.’ This is massive FRAUD & ELECTION INTERFERENCE at a level never seen before in our Country. REMEDY: Declare the rightful winner or, and this would be the minimal solution, declare the 2020 Election irreparably compromised and have a new Election, immediately!” the post on Truth Social read.

The Department of Justice has stated that they do not have evidence that the result of the 2020 presidential election was impacted by fraud.

Attorney General William Barr told the Associated Press in June that “to date, we have not seen fraud on a scale that could have effected a different outcome in the election.” 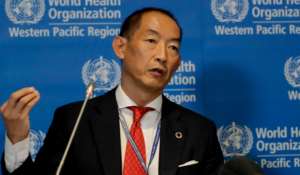