YouTube has removed an episode of the Full Send Podcast where they interviewed former President Donald Trump at Mar-a-Lago.

The Full Send Podcast has 1.28 million subscribers on YouTube alone.

“Our team has reviewed your content, and, unfortunately, we think it violates our misinformation policy,” the email from the platform stated. “We know that this might be disappointing, but it’s important to us that YouTube is a safe place for all. If content breaks our rules, we remove it.”

YouTube noted, “If you think we’ve made a mistake, you can appeal and we’ll take another look.”

However, the company also pointed to its policy against “widespread fraud” claims in the 2020 presidential election.

“Content that advances false claims that widespread fraud, errors, or glitches changed the outcome of the US 2020 presidential election is not allowed on YouTube,” YouTube added.

Donald Trump on America
getting embarrassed since he left office pic.twitter.com/PUBUEa5yJJ

Trump has consistently claimed that he was the rightful winner of the 2020 election during interviews and speeches — and this appearance was no exception.

Donald Trump on running for President in 2024 👀 pic.twitter.com/m05WctOMRL

In a statement about the interview being removed, Trump asked, “Whatever happened to free speech in our country?”

“Incredibly, but not surprisingly, the Big Tech lunatics have taken down my interview with the very popular NELK Boys so that nobody can watch it or in any way listen to it,” Trump wrote. “In the 24 hours that it was up it set every record for them, by many times. Interestingly on the show I told them this would happen because Big Tech and the Fake News Media fear the truth, they fear criticism about Biden, and above all, they don’t want to talk about the Rigged 2020 Presidential Election, all topics discussed.”

Trump stated his belief that the US is heading down the same path as Russia, where content about the war is heavily sanitized and censored.

“In Russia, the people are not allowed to know that they’re fighting a war with Ukraine, that’s where our media is going, and that’s where our Country is going because it quickly follows—just study history. Are we going to allow this to happen?” Trump asked.

The former president concluded by saying that the country is “going to hell.”

“Our Country is going to hell! Look at your gas prices, Inflation, the Afghanistan debacle, our Border, the war with Ukraine, which should have never happened, and so much more. We need freedom of speech again, we don’t have it and it’s getting worse every day!” Trump stated.

The full podcast is still currently available on Spotify. 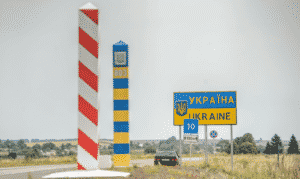