'Failure To Meet The Government's Obligations Would Cause Irreparable Harm To The U.S. Economy, The Livelihoods Of All Americans, And Global Financial Stability'

The Treasury Secretary further detailed legal financial obligations of the United States including Social Security and Medicare benefits, military salaries, interest on the national debt, and tax refunds among other responsibilities.

“I am writing to inform you that beginning on Thursday, January 19, 2023, the outstanding debt of the United States is projected to reach the statutory limit,” wrote the Treasury Secretary. “Once the limit is reached, Treasury will need to start taking certain extraordinary measures to prevent the United States from defaulting on its obligations.”

YELLEN TO MCCARTHY: “Failure to meet the government’s obligations would cause irreparable harm to the 🇺🇸 economy, livelihoods of all Americans, and global financial stability.”@SecYellen warns Republicans threatening to bring 🇺🇸 to debt limit default. https://t.co/1TdOyYqnZI pic.twitter.com/ENXpUIcb1m

“Failure to meet the government’s obligations would cause irreparable harm to the U.S. economy, the livelihoods of all Americans, and global financial stability,” wrote Yellen.

“Increasing or suspending the debt limit does not authorize new spending commitments or cost taxpayers money,” she continued. “It simply allows the government to finance existing legal obligations that Congresses and Presidents of both parties have made in the past.”

Yellen warned “extraordinary measures” may last an indefinite period of time, citing “a variety of factors, including the challenges of forecasting the payments and receipts of the U.S. government months into the future.”

While Treasury cannot provide accurate time estimates of “extraordinary measures,” the reallocation of funds may last until June, according to the Treasury Secretary.

“I respectfully urge Congress to act promptly to protect the full faith and credit of the United States,” the letter concluded.

Prior to Congress’ last debt ceiling increase, Yellen warned of Americans could be “strapped for cash” in an article shared by the Wall Street Journal in September that year.

“Nearly 50 million seniors could stop receiving Social Security checks for a time. Troops could go unpaid. Millions of families who rely on the monthly child tax credit could see delays. America, in short, would default on its obligations,” Yellen wrote at the time. “The U.S. has never defaulted. Not once. Doing so would likely precipitate a historic financial crisis that would compound the damage of the continuing public health emergency. Default could trigger a spike in interest rates, a steep drop in stock prices and other financial turmoil. Our current economic recovery would reverse into recession, with billions of dollars of growth and millions of jobs lost.”

“We would emerge from this crisis a permanently weaker nation. For about a century, America’s creditworthiness has been a major advantage over our economic competitors,” she continued. “We can borrow more cheaply than almost any other country, and defaulting would jeopardize this enviable fiscal position. It would also make America a more expensive place to live, as the higher cost of borrowing would fall on consumers.”

“Mortgage payments, car loans, credit card bills — everything that is purchased with credit would be costlier after default.” 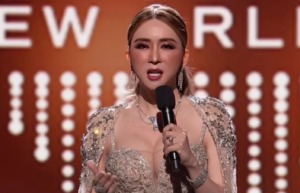