Treasury Secretary Janet Yellen: The US Is Facing 'Unacceptable Levels of Inflation'

The United States Secretary of the Treasury discussed the state of the nation’s economy while testifying before the Senate.

Yellen told the Senate Finance Committee that “disruptions” in the supply chain triggered by the COVID-19 pandemic caused inflation to soar, as did the “effects of supply side disturbances to oil and food markets” caused by the Russia-Ukraine conflict, per The New York Post.

“There’s no question that we have huge inflation pressures, that inflation is really our top economic problem at this point and that it’s critical that we address it. I do expect inflation to remain high although I very much hope that it will be coming down now,” she added. “I think that bringing inflation down should be our number one priority.”

Yellen also told the committee that President Joe Biden “inherited an economy with very high unemployment” and that “virtually every developed country around the world” is currently “experiencing inflation.”

Republican members of the senate committee repeatedly asked Yellen about the American Rescue Plan, the $1.9 trillion economic stimulus package Biden pushed in 2021 to address the economic and health effects of the global pandemic. The package included $1,400 checks for each family in the nation as well as several billions of dollars in aid to state and local governments.

Many economic experts have argued that because of the massive price tag of the bill and because of persisting inflation issues in the national economy, the American Rescue Plan exacerbated inflation.

Democrats “thought they were still in the ‘money printer go brrr’ era, where there was less pressure to be judicious about where that money was going — so instead of targeting help to those who needed it, they sent hundreds of billions of dollars to well-off Americans and states doing just fine, for political reasons,” reports Vox.

Last week, Bloomberg reported that a soon-to-be-released book says Yellen had urged Biden to support a smaller version of the stimulus plan out of concern for the long-term inflation.

Yellen denied this and aligned herself with the Biden administration.

“I never urged adoption of a smaller American Rescue Plan package, and I believe that ARP played a central role in driving strong growth throughout 2021 and afterward,” she said in response to the claim, per Axios.

A former chair of the Federal Reserve, Yellen was selected to serve as Treasury Secretary by Biden in November of 2020.

The U.S. inflation rate reached roughly 8.3% in April of 2022 – twice as high as it was 12 months prior and approximately 7.9% higher than 24 months earlier. Inflation is expected to climb over the summer and could reach the same levels recorded in 1980. In April of that year, the national inflation rate surged to just over 14.7%. 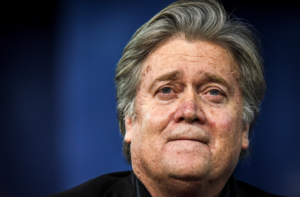