Political strategist and former investment banker Steve Bannon has subpoenaed a number of high-ranking democrats in preparation for his upcoming trial.

Bannon was indicted after he did not comply with a subpoena from the House subcommittee that is investigating the security breach at the Capitol on Jan. 6, 2021. Trump’s former senior counselor was charged with two counts of contempt for not testifying on Oct. 14 and for not providing documents the subcommittee had requested.

“Mr. Bannon has declined to cooperate with the Select Committee and is instead hiding behind the former President’s insufficient, blanket, and vague statements regarding privileges he has purported to invoke,” said the committee chairman, Bennie G. Thompson, in a press release after Bannon did not appear. “The Select Committee will not tolerate defiance of our subpoenas, so we must move forward with proceedings to refer Mr. Bannon for criminal contempt.”

Bannon surrendered himself to federal authorities on Nov. 15.

The trial begins on July 18. If Bannon is found guilty, he could be sentenced to a minimum of 30 days in jail or a maximum of 1 year.

All nine members of the Jan. 6 Committee were subpoenaed.

“Historically it has been a challenge to compel members of Congress to testify because their legislative activity is protected under the Constitution’s Speech and Debate Clause,” reports CNN, which first reported the story.

Navarro was indicted on June 3 by a grand jury after he refused to cooperate with the Jan. 6 committee. Like Bannon, Navarro had argued that he could not comply with the committee’s subpoena because of Trump’s executive privilege.

Fox News host Tucker Carlson weighed in on the arrests stemming from non-compliance with the Jan. 6 committee.

“What we’re seeing here isn’t really about Peter Navarro or Steve Bannon, what we’re seeing is a massive escalation in the use by the Democratic Party of our justice system for partisan revenge. That’s what that was. Peter Navarro wouldn’t shut up, so they threw him in handcuffs,” Carlson said during his show on June 6. “This is a partisan play by a political party that has somehow completely taken over our largest law enforcement agency [the FBI].”

Editor’s Note: A previous version of this article incorrectly stated that Mo Brooks is a representative from Missouri. 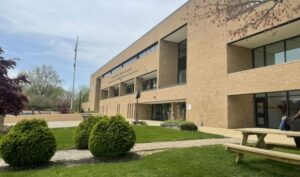