The House committee formed to investigate Jan. 6 announced on Oct. 14 they will schedule a vote to hold Steve Bannon in criminal contempt.

Last month, a subpoena was issued to compel Bannon to turn over documents that allegedly related to the conflict between police and protestors at the Capitol in January. The former advisor to President Donald Trump was also supposed to appear for a deposition on Thursday.

Bannon did not comply with either order.

The vote will be held on Oct. 19, according to an announcement from committee chairman Rep. Bennie Thompson (D-Miss), who issued the following statement:

“Mr. Bannon has declined to cooperate with the Select Committee and is instead hiding behind the former President’s insufficient, blanket, and vague statements regarding privileges he has purported to invoke. We reject his position entirely. The Select Committee will not tolerate defiance of our subpoenas, so we must move forward with proceedings to refer Mr. Bannon for criminal contempt. I’ve notified the Select Committee that we will convene for a business meeting Tuesday evening to vote on adopting a contempt report. … We’re moving ahead quickly to get answers for the American people about what happened on January 6th and help secure the future of American democracy,” he added.

According to NBC News, “once the committee adopts the contempt report next week, it will refer the report to the House for a vote. Assuming that the Democrat-controlled House adopts it, it will then be referred to the U.S. Attorney for the District of Columbia ‘to bring the matter before the grand jury for its action.’ Channing D. Phillips, who was named acting U.S. attorney for D.C. in March, has served at the Justice Department under both Democratic and Republican administrations.”

In a letter sent on Oct. 13, Robert Costello, a lawyer for Bannon, notified the committee he would not comply with the subpoena. Costello wrote that Trump “is exercising his executive privilege” and that the ex-president’s lawyer had instructed Bannon “not to produce documents or testify until the issue of executive privilege is resolved.”

“That is is an issue between the Committee and President Trump’s counsel and Mr. Bannon is not required to respond at this time,” Costello wrote in his letter, which was shared on Twitter.

Steve Bannon team has fired off another letter to Jan 6 committee repeating that they will not cooperate citing Trump executive privilege claims. Letter obtained by @ABC below —-> pic.twitter.com/BU0F9MuFv0

The New York Post reports that “a total of 19 subpoenas have been issued, including 11 against organizers of the ‘Stop the Steal’ rally that preceded the storming of the Capitol by hundreds of Trump supporters attempting to prevent congressional certification of President Biden’s electoral victory.”

The committee was supposed to hear from Defense Department official Kash Patel, whose deposition has been rescheduled for a later date.

The depositions of White House chief of staff Mark Meadows and Trump’s social media director Dan Scavino were both set for Oct. 15 and have also been rescheduled. 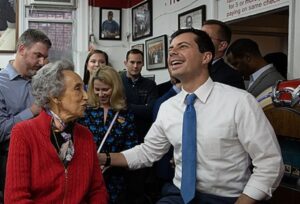