The U.S. Department of Treasury’s Office of Foreign Assets Control has announced the designation of four South African members of the Islamic State of Iraq and Syria as Specially Designated Nationals and Blocked Persons for their roles in the group’s terrorist operations on the African continent.

Mohamad Akbar, Nufael Akbar, Umar Akbar, and Yunus Mohamad Akbar, the South African nationals in question, are alleged to have been working in coordination of Farhad Hoomer, an Islamist terrorist who was designated by the office in March.`

The Specially Designated and Blocked Persons List is maintained by the Department of Treasury’s Office of Foreign Asset Control and identifies individuals as terrorists or belonging to a regime at odds with the foreign policy objectives of the United States.

According to Under Secretary of the Treasury for Terrorism and Financial Intelligence Brian Nelson, the individuals and businesses targeted by the announcement today “played pivotal roles in enabling terrorism and other criminal activities in the region.”

“The United States, as part of the Global Coalition to Defeat ISIS, will continue to partner with South Africa to deny ISIS the ability to exploit the country’s economy to raise and move funds to support the growth of ISIS affiliates and networks,” Nelson said.

American citizens are prohibited from conducting business with designated individuals or assets they control and face strict sanctions for violations of the law.

Today, the U.S. Department of the Treasury’s Office of Foreign Assets Control (OFAC) designated four members of an Islamic State of Iraq and Syria (ISIS) cell operating in South Africa who have provided technical, financial, or material support to the terrorist group. Treasury also designated eight companies owned, controlled, or directed by the individuals in this ISIS cell. 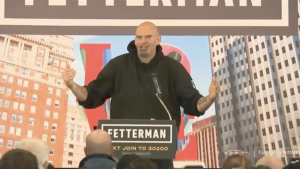