'Similar To 2020, The Reality Is It Will Take Time — Likely Several Days — To Count The Votes Accurately And Ensure Every Eligible Vote Is Counted'

“Election Day is almost here, and Republicans are already laying the groundwork to potentially spread false conspiracy theories about the likely ‘red mirage’ of ballot processing in Pennsylvania,” read the memo. “The reality is Pennsylvania law means in-person votes that skew Republican tend to disproportionately be counted and reported before Democratic-leaning mail-in votes.”

“Similar to 2020, the reality is it will take time —likely several days — to count the votes accurately and ensure every eligible vote is counted.”

Several articles were cited by the memo reporting on the proposed “red mirage” from outlets including the Associated Press, Crystal Ball, and McClatchy.

Counting for ballots cast by mail and early in person cannot begin until Election Day, thanks to the GOP-controlled legislature — an intentional move to help Republicans baselessly sow doubt about the election results when it suits them. … we should expect one of the most dramatic shifts in the country from initial GOP support in early results to stronger Democratic gains as more votes are processed. … mail in votes will skew heavily Democratic — similar to how they did in 2020.

“The election hasn’t even happened yet, but Mehmet Oz’s top GOP allies are already preparing to question the 2022 results without evidence,” Fetterman’s campaign continued, directing it’s criticism toward former President Trump and other Republican midterm candidates expressing concerns over delayed election results. “On Election Night and soon after, we expect Republicans who embrace the Big Lie could try to double down on spreading disinformation and bogus lawsuits in an effort to illegally stop ballots from being counted.”

“[Trump] is fixated on challenging the results of the Pennsylvania’s Senate race as a ‘dress rehearsal for Trump 2024,'” the memo reads, citing previous Trump statements.

Doug Mastriano said the fact that it will take several days to could ballots is “an attempt to have the fix in.” Tucker Carlson told his Fox News viewers it would be “absurd” for voters to accept the Pennsylvania election as legitimate if John Fetterman wins. Ted Cruz is baselessly raising doubts about larger cities in Pennsylvania taking too long to count ballots. Even Oz has repeatedly raised doubts about the integrity of the 2020 election results for his own political gain.

“Buckle up for a long week. This race is close, and we should all be prepared for a process that takes several days before all eligible votes are properly counted and the results are clear,” the memo concluded. 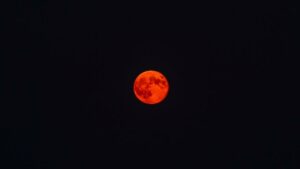