A blood moon is a celestial event where the earth passes between the sun and the moon, causing the earth’s moon to be in a total lunar eclipse.

Though the moon is in earth’s shadow, longer wavelengths of sunlight — oranges and reds — pass through earth’s atmosphere and reach the surface of the moon, causing it to appear red.

Blood moons are rare events (they typically only happen once or twice a year). But, never has a blood moon aligned with Election Day, and the next total lunar eclipse to fall on Election Day won’t happen for another 372 years, on Nov. 8, 2394.

Historically, lunar eclipses have been considered important events within religious and prophetic circles. And the blood moon aligning with the 2022 midterm elections has some seeing a deeper significance than a mere astronomical phenomenon.

John Graves, a pastor and CEO of Million Voices, believes that the lunar eclipse happening on Election Day signifies a major political shift within the U.S.

“So, if you want to take something from the blood red moon, it’s gonna be a red tidal wave on Election Day. I’ve been saying this for weeks. There’s gonna be a much bigger swing than people think,” Graves said during an interview.

“It’s not gonna be, you know, 10 or 20 [seats that Republicans pickup] in the House. It’s gonna be 30, 40, 50. It’s gonna be at least 54 in the Senate, maybe 55,” he added. “Hispanics are gonna shock people. And mama bears. Those are the two demographics that are gonna really swing this election. They’re upset about crime, inflation, politics in the classroom. And the church is waking up. They’re gonna show up.”

Graves is one of many religious figures who see strong correlations between tomorrow’s lunar eclipse and the potential for political and social shifts.

A rabbi recently explained that he believes, based on a section of the Talmud, the lunar eclipse occurring in the Western Hemisphere could be a bad sign or warning for western nations.

“The eclipse will pass over the United States,” Rabbi Mordechai Genuth said. “The President [Biden] is connecting his fate with that of the Arabs, choosing them over Israel. He is choosing war, the wars that originate in Ishmael, the wars that are presaged by the upcoming blood moon.”

Rabbi Yosef Berger, the rabbi of King David’s Tomb in Jerusalem, cautions that the lunar eclipse is a sign from God highlighting confusion in the world.

But hiding the moon shows that the situation is going to get even more confused. The non-Jews have to begin to uphold the Seven Noahide Laws.

They are holding elections but the only mandate the government has is through the Bible and the Noahide Laws. This includes the prohibition against sexual perversion. They are also prohibited from spilling blood which now the government is trying to mandate through abortion.

Lunar eclipses have also maintained significance within Christianity, often equating the phenomenon with the wrath of God.

In a recent homily at the National Shrine of Divine Mercy, Fr. Chris Alar coupled the blood moon with the election and current political events. Alar, priest with the Marian Fathers of the Immaculate Conception, urged the congregation to denounce abortion, and asked Michigan residents not to support Proposition 3, which would allow abortion up to the moment of birth.

“Do we allow human life to be taken or do we protect it?” he asked before telling parishioners to pray for Michigan and all of the states that are facing similar ballot measures. Alar stressed that he believes abortion is not a purely political matter and that the church has an obligation to weigh in these issues.

“Let us pray for Joe Biden. Let us pray for all those that the bishops mentioned are in grave error,” he continued. “Let us pray for their conversion. Let us love them, not condemn them. I’m not condemning Mr. Biden. I am praying and asking that his heart be open to the Catholic teaching he professes that he practices.” 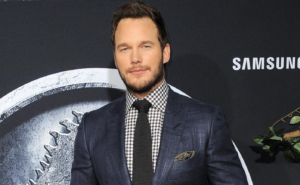