TRAUMALA: Former Harris Staffers ‘Traumatized’ from ‘Toxic Culture’, ‘Terrified’ She Will Be President

It’s getting harder and harder to find a fan of Kamala Harris these days.

It’s getting harder and harder to find a fan of Kamala Harris these days.

According to The Daily Wire, “Kamala Harris’ former staffers are still ‘traumatized’ by their employment in the Senator-turned-Vice President’s California office and are ‘terrified’ that she could be next in line to become president.”

“It’s a nightmare scenario for some former Harris staffers who watched nervously as their former boss ascended the national political stage,” according to Business Insider, based on interviews with a dozen of the Vice President’s former staffers.

Former Kamala Harris staffers have bad memories of a toxic culture working for her https://t.co/9tGXBTnIlA

“Many of them remain loyal Democrats and fans of Biden, but they didn’t want to see a boss with whom they’d had a bad experience become the Democratic Party’s standard-bearer,” Business Insider added. “Biden, at 78, was already the oldest person to assume the US presidency. He’ll be a few weeks shy of his 82nd birthday on Election Day 2024, and there’s already speculation six months into his term over whether he’ll run for reelection.” 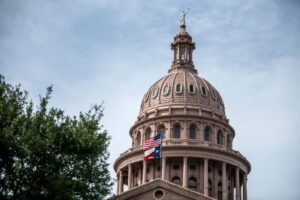 SHOCK POLL: 2 in 3 Southern Republicans Want to Secede from the United States