SHOCK POLL: 2 in 3 Southern Republicans Want to Secede from the United States

And nearly half of Pacific NW Democrats agree.

Democrats and Republicans can’t seem to agree on anything these days –  except that they both want to secede from the United States.

they probably want to secede because leftists defended clubs have children stripping for money https://t.co/vMhGjcp7P9

“They probably want to secede because leftists defended clubs have children stripping for money,” posted Tim Pool on Twitter.

According to The Daily Wire, “Conducted in June by YouGov in conjunction with BrightLineWatch, the survey asked participants in each region of the United States: “Would you support or oppose [your state] seceding from the United States to join a new union with [list of states in new union]?”

“At 37%, the overall percentage of those who want to dissolve the Union was “arrestingly high,” BrightLineWatch explained. Republicans and independents in the South were most favorable to secession, at 66% and 50% respectively. Of Democrats polled, 47% in the Pacific Northwest said they want to break off. Sizable portions of independents in the Heartland and Mountain states also wanted to form their own country,” The Daily Wire reports. 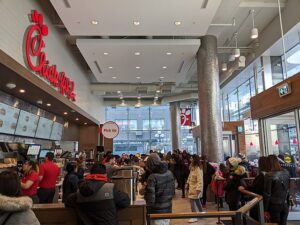