Transportation Secretary Pete Buttigieg has been on paid leave since mid-August amid the ongoing supply chain crisis.

Buttigieg faced backlash on Wednesday for a joke he made about the supply chain shortages impacting holiday shopping.

“I think there have always been two kinds of Christmas shoppers,” he said during an interview with CNN. “There’s the ones who have all their list completed by Halloween, and then there’s people like me who show up at the mall on Christmas Eve…if you’re in that latter bucket, obviously there’s going to be more challenges.”

It turns out, according to a report from Politico, that Buttigieg has been on paid leave as cargo ships have been unable to dock and stock in stores continues to dwindle.

“While U.S. ports faced anchor-to-anchor traffic and Congress nearly melted down over the president’s infrastructure bill in recent weeks, the usually omnipresent Transportation secretary was lying low,” Politico reported. “They didn’t previously announce it, but Buttigieg’s office told West Wing Playbook that the secretary has actually been on paid leave since mid-August to spend time with his husband, Chasten, and their two newborn babies.”

A spokesperson for the Department of Transportation said that Buttigieg has been “mostly offline” and will “continue to take some time over the coming weeks.”

“For the first four weeks, he was mostly offline except for major agency decisions and matters that could not be delegated,” the spokesperson said. “He has been ramping up activities since then.” As he does that, Buttigieg will “continue to take some time over the coming weeks to support his husband and take care of his new children,” the spokesperson added.

Moody’s Analytics warns that the supply chain disruptions “will get worse before they get better,” according to a report from the Daily Wire.

“As the global economic recovery continues to gather steam, what is increasingly apparent is how it will be stymied by supply-chain disruptions that are now showing up at every corner,” this week’s report said. “Border controls and mobility restrictions, unavailability of a global vaccine pass, and pent-up demand from being stuck at home have combined for a perfect storm where global production will be hampered because deliveries are not made in time, costs and prices will rise and GDP growth worldwide will not be as robust as a result.” 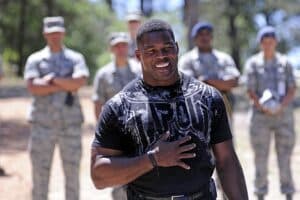