Workers are rallying against proposed changes to pensions which would raise the age of retirement to 64.

Thousands have gathered in Paris, Marseille, Toulouse, Nantes, and Lyon as well as other parts of the country to participate in the demonstrations. Participants include workers from a cross-section of the nation’s economy – including rail workers, teachers, public servants, truck drivers, bank staff, music venue workers, theatre workers and those employed by oil refineries. As a result, public services have warned of delays in transportation and possible disruption for public schools, per Forbes.

Thousands of gilets jaunes (yellow vests) have taken to the streets of Paris to protest Pres Macron’s reform of the country’s retirement system & inept handling of the inflation problem. Strikes & protests are grinding France to a halt. Take a look:pic.twitter.com/Gcoo1NDorC

The United States Department of State issued a travel warning on Jan. 18.

“Countrywide strikes on Jan. 19 will significantly impact flights, long-distance and local trains, metros, local buses, and a wide range of private services, including travel to and from airports,” tweeted the State Department.

The Department warned that “some gas stations may be low on fuel due to high demand.” American travelers are advised to avoid the demonstrations and plan “significant extra time” in order to reach their destinations.

French President Emmanuel Macron promised pension reform when he first ran for the presidency in 2017 as well as when he sought re-election in 2022.

“I am well aware that changing our pension system raises questions and fears among the French people,” Borne said, per WTVB.

The proposal also caps the working age at 67 – meaning anyone who began working later in life can retire at 67 even if they have not contributed the roughly 43 years of work’s worth of contributions typically required for a full pension. This change would be adopted in 2027.

“Pensions in France are based on contributions, but there is a minimum level and anyone whose pension is below that is entitled to top-ups,” reports The Local. “This minimum will be raised to 85 percent of minimum wage, which would be €1,200 a month based on the current minimum wage.”

Macron’s government will need to make a deal with the center-right members of parliament to enact its proposed changes or use an emergency power to avoid a majority vote. The government estimated that by raising the retirement age and accelerating the contribution period, approximately  €17.7 billion (USD $19.1 Billion) could be made available for the pension system.

The increased retirement age would initially impact people born in and after September of 1961. 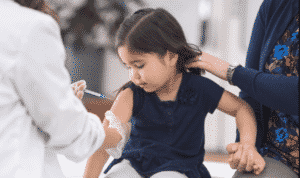