A former student from a Missouri school district has been awarded $4 million after a jury ruled that the district discriminated against him by denying access to the boys’ restroom.

A Jackson County, Missouri jury ruled Monday that Blue Springs School District discriminated against RJ Appleberry, a transgender student, by not letting him use the boys’ restroom or locker rooms at several schools throughout his time as a student in the district.

“I’m very happy with how things turned out because I think it’s going to be very important for schools down the road,” Appleberry told his local Fox station. “I think it’s going to impact a lot of trans kids who just want to get their education. It’s really first the progression of the LGBT community and their inclusion in public facilities.”

According to the court petition, in 2015, Appleberry filed a lawsuit alleging her son was receiving separate and unequal treatment based on his sex: “As a direct result of the unlawful conduct of Defendants, Plaintiff has suffered damages which include mental anguish, emotional distress, pain and suffering, degradation, humiliation [and] anxiety … all of a continuing and permanent nature.”

According to the lawsuit, Appleberry transitioned from female to male at nine years old. The student legally changed his name in 2010 and changed his birth certificate to reflect his new gender in 2014. However, he was continually denied access to the boys’ restrooms and locker rooms. This allegedly occurred at many schools in the district, including Delta Woods Middle School and the Freshman Center.

The family requested a trial by jury and compensation for these damages, but their case was dismissed in 2016 when the district’s lawyers argued gender identity is not a protected status under the Missouri Human Rights Act.

Appleberry successfully appealed the case to the Missouri Supreme Court in 2019. His case was then moved back to the Circuit Court, where a trial took place in early December.

The jury awarded a total of $175,000 to the former student in compensatory damages in addition to $4 million in punitive damages. In addition, the family has also requested the district pay all legal fees related to the case.

A Blue Springs School District spokesperson said that they disagree with the verdict and will be “seeking appropriate relief from the trial court and court of appeals if necessary.”

In 2019, the Missouri Supreme Court ruled that lawsuits claiming discrimination based on sex and sex stereotypes are allowed. This ruling gave a green light for the case against Blue Springs School District to continue after being previously dismissed by a Jackson County circuit judge.

The school district has since said they intend to seek an appeal in the case. 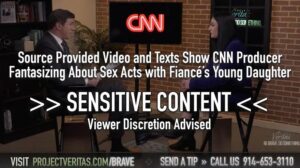