Tow truck operators in Ottawa are refusing to move Freedom Convoy trucks, despite their government contracts.

Even if the tow truck companies were willing to comply, heavy-duty towing experts say that it could be impossible to move them all without driver cooperation.

“I’ve contacted them all and they’re all refusing, as of today, to provide heavy tow truck work,” city manager Steve Kanellakos told reporters Monday evening, according to a report from the CBC.

“Right now we’re reviewing their contracts or standing offer, and reviewing what actions we can take to deal with this unprecedented situation,” Kanellakos added.

There are currently more than 400 trucks parked throughout the city in protest, which began over a week ago. The drivers have said that they will not move the trucks until the COVID vaccine mandates for drivers doing trips between the US and Canada are lifted.

Kanellakos said that Mayor Jim Watson has also been reaching out to towing companies in other cities, but none are willing to help stop the protest.

“Right now, the consensus seems to be that many of them — or most of them — don’t want to do the work because … they rely on on the the heavy truck industry for their livelihood, and they don’t want to damage that part of their business,” Kanellakos said. “That’s the position they’re taking, at least.”

The CBC report added that deputy police chief Steve Bell confirmed that they are having trouble finding a willing tow truck operator in “every jurisdiction that’s faced this, and it’s forcing us to come up with some creative solutions.”

While Bell wouldn’t say what those creative solutions may be, he did say that they are moving “toward a position where we’re not going to let the tow truck operators … be an obstacle to ending what’s occurring.”

Also speaking to the CBC, Trucker Lloyd Crowe said that there is no way the city will be able to move the trucks without cooperation from the drivers who are protesting.

“If you know anything about truck air brakes, once you pull that button, all 18 wheels are locked,” Crowe told CBC on Wednesday. “Nothing can move it, except maybe a big wrecker. And no wrecker worth his salt is going to come anywhere near this, because they’re on our side.”

David Allen, president of Gary’s Towing in Thunder Bay told the news organization that while it would be hard, he does not believe that it is impossible. He explained that heavy-duty tow trucks can transfer air from their system to the trucks to release their brakes. However, he added that “we have all the capabilities on our tow trucks to do it … but I don’t think anyone would want to.” 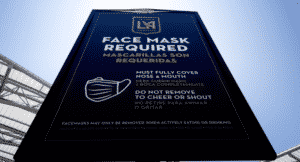