The United States has already deployed thousands of troops to European countries to deter Russian aggression against NATO allies. There are currently over 100,000 U.S. troops in Europe, an increase of roughly 20,000 since Russia launched its invasion of Ukraine.

“Obviously, there’s always a mix between the requirement of permanent versus rotational, and there are pluses and minuses of each one,” Wolters said. “We’ll have to continue to examine the European contributions to make a smart decision about where to go in the future.”

Wolters said that the U.S. could send additional troops in the next few weeks “based off conditions” in the region.

“We take a conditions-based approach, and we look at the issues second-by-second, minute-by-minute,” Wolters said. “I would just tell you that based off the dynamic environment that exists today, that number could change. I suspect that it probably will — and in which direction will be determined based off conditions.”

Wolters’ comments come as Russia claimed it would “radically” reduce its military activity around Kyiv and Chernihiv to help facilitate peace talks with Ukraine. However, U.S. officials revealed that Russia has actually been repositioning – not withdrawing – troops around Kyiv.

“Given that the talks on the preparation of an agreement on the neutrality and non-nuclear status of Ukraine have moved into a practical field … a decision has been made to radically, by several times, reduce the military activity in the areas of Kyiv and Chernihiv,” said Russian Deputy Defense Minister Alexander Fomin, adding that the pledge was meant “to increase trust” in negotiations surrounding a peace deal between the two countries.

A U.S. official disputed Russia’s claims, however, telling Fox News’ Mark Meredith that “any movement of Russian forces from around Kyiv is a redeployment, not a withdrawal, and the world should be prepared for a major offensive against other areas of Ukraine.” 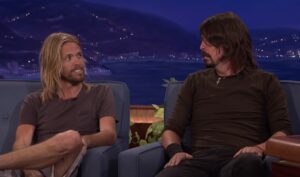