The British government wants to be 'smoke-free' by 2030.

The chief executive of Philip Morris International (PMI) says the company will stop selling cigarettes in Britain in the next decade.

“Our objective is to fully leave smoking combustible cigarettes behind and become, one day, a smoke-free company,” said Jacek Olczak in a video from The Daily Mail.

“I think in the UK, ten years from now maximum, you can completely solve the problem of smoking,” he said.

The Daily Mail notes that “those who want to continue smoking will be encouraged to switch to modern alternatives such as e-cigarettes or heated tobacco devices, which are considered less harmful.”

In July of 2019, the British government announced its intention to make the nation smoke-free by 2030. This included “an ultimatum for [the] industry to make smoked tobacco obsolete” by that time. In a green paper marking the announcement, the Department of Health and Social Care noted that smoking rates “remain stubbornly high in certain groups,” such as Blackpool pregnant women, manual laborers, people who identify as LGBT, and people with a mental health condition.

The iconic Marlboro cigarette may be the most well-known PMI product. Philip Morris and the advertising agency Leo Burnett Worldwide revamped the cigarette brand with ‘Marlboro Man’ advertisements beginning in 1955.

“Marlboro was founded as a women’s cigarette brand before it was repositioned as a masculine product with a rugged cowboy feel and personality,” notes The Irish Times.

By 1972, Marlboro was the world’s leading cigarette brand. But soon, according to Olczak, “it will disappear.”

PMI came under fire last week after it purchased the British pharmaceutical company Vectura Group for $1.2 billion. Critics, including anti-smoking groups and the government, believed “a tie-up between a tobacco company and a company specializing in inhaled medicines for conditions such as asthma to be unfit,” says CNBC.

Addressing the controversy on ‘Closing Bell,’ Olczak said “Nothing and nobody will stop us in our transformations to leave smoking behind.” 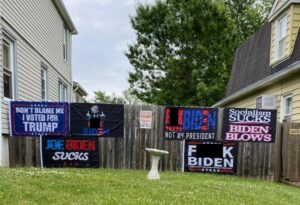