U.S. Customs and Border Protection (CBP) has released an insurgence of migrants into south Texas, forcing the local community to build temporary shelter for the thousands who crossed into the United States from Mexico, according to McAllen Mayor Javier Villalobos who extended his local disaster declaration this week due to the influx of migrants.

Villalobos says he hopes to get federal assistance for the surge of migrants who have no housing, food or transportation. He plans to meet about it with DHS Secretary Alejandro Mayorkas Thursday during his visit to the Rio Grande Valley.

“They pass through to the Rio Grande Valley, through McAllen, through different areas, and then they dispurse throughout the country, so it’s a problem,” said Villalobos. “I don’t call it a border issue. I call it a national immigration issue that should be taken care of in Washington.”

Mayorkas tweeted Wednesday night: “Wheels up for South Texas. @DHSgov is executing our plan to rebuild a safe, orderly, and humane immigration system. Tomorrow, I will receive operational updates on the situation at the border, meet with our frontline workforce, and meet with local officials and community leaders.”

The City of McAllen announced plans for an emergency shelter to accomodate the migrant surge last week. Anzalduas Park was closed to the public, and a camp was set up for migrants who’ve tested positive for COVID-19. A sign at the entrance to the park instructs family members of migrants to call Catholic Charities.

“The three-day total of migrants coming in is 4,123,” said Hidalgo County health authority Ivan Melendez, referring to the asylum seekers admitted into McAllen between August 6 and August 8. “That’s a lot of people. Of those, 688 were positive [for COVID-19]. So you had almost 700 positive people come into the country. That is a rate of 16 percent.”

Since February, 2021, the City of McAllen has seen more than 87,000 migrants pass through, according to city leaders who put out a press release August 4 about the large increase in migrants. While thousands of migrants get sent back across the border after they are apprehended for illegally crossing, thousands more are approved to enter the U.S.

“Right now if you have a family member living in the United States, it’s a green light, everybody knows,” said Melendez. “Uncle Joe says come on over, and you’re gonna get in no questions asked.”

Migrants who are approved to stay in the U.S. often receive a court date with a notice to appear. Border Patrol contracted busses take the migrants to Catholic Charities where many may spend a night and then board a plane to connect with family or sponsors.

Catholic Charities sends migrants to the airport with manila envelops in hand that read: “Please help me. I do not speak English. What plane do I need to take? Thank you for your help!” The other side of the envelope has times and locations for connecting and destination flights.

“Once the federal government — and I mean the Border Patrol — processes them, they are free to go wherever they want to go, and that’s exactly what’s going on,” said Villalobos. “Nobody has authority to stop them. They have freedom to go and move throughout the country like you and I.” 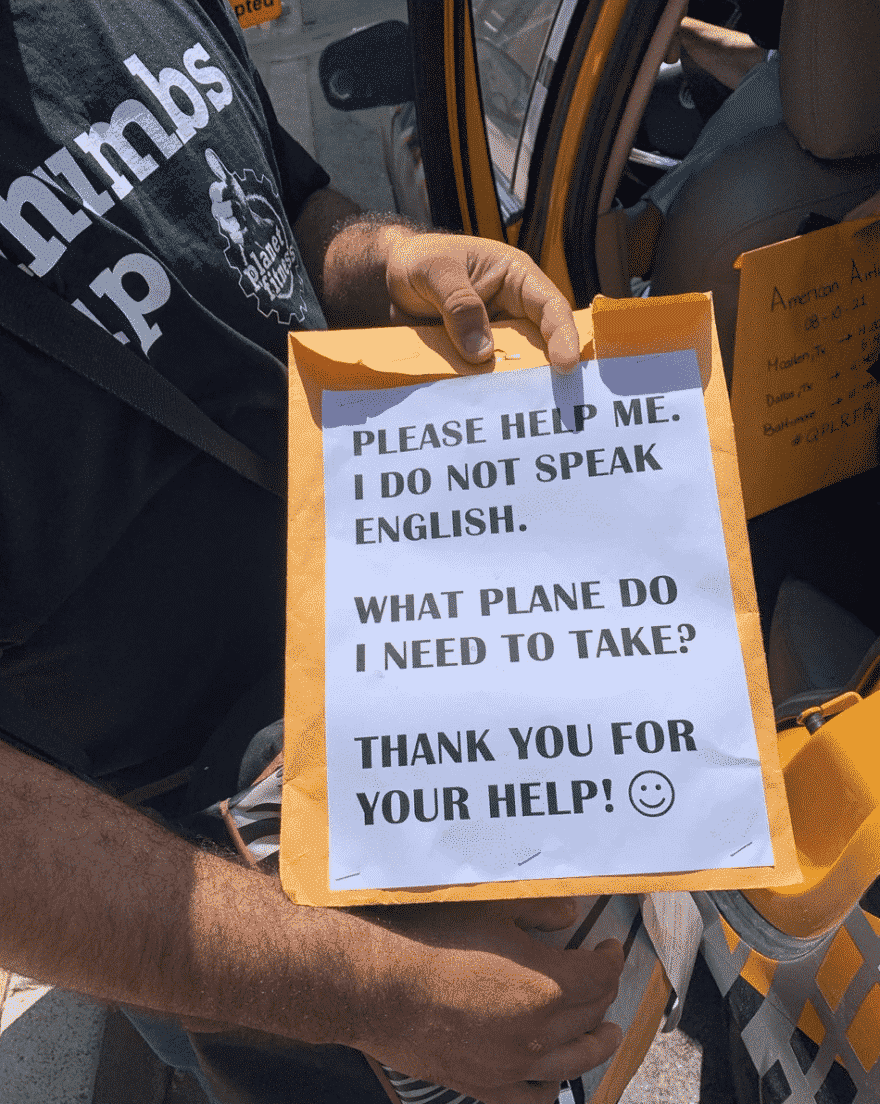 According to Catholic Charities, the migrant families they assist have been released from federal custody and arrive at the McAllen shelter through daily coordination with CBP and the city.

“What happened is Catholic Charities has a capacity of 1,236,” said Villalobos. “They were receiving up to 1,800 immigrants a night. Before, they didn’t have that. Up to a couple of weeks now, that’s why we had to do what we had to do. That’s why we now have a camp at Anzalduas Park.”

CBP’s encounters with migrant families in the Rio Grande Valley have increased by 489 percent this year compared to last, according to the latest data from the federal agency.

But the migrant surge is happening across the southwest border of the United States.

The number of single adults attempting to cross the United States border from Mexico illegally has more than tripled this year compared to last year, and the number of family units and unaccompanied minors more than doubled in the same time period, according to U.S. Customs and Border Protection.

More than a million people attempted to illegally cross the United States border from Mexico but were aprehended or removed between October, 2020, and June 2021, according to U.S. Customs and Border Protection. Those numbers saw their biggest jump in March when monthly enforcement encounters jumped from the 60-thousand per month to well over 100-thousand encounters per month.

“Border Patrol — they take their orders, so someone is allowing it to happen,” said Villalobos. “We’re hoping that something occurs that curtails the movement — stops the flow of immigrants coming in.”