Disclaimer: Tim Pool is the owner and CEO of Timcast Media including timcast.com

A new message has joined the glowing advertisements in New York City’s Time Square admonishing The Washington Post for publishing private information of the creator of the “Libs of Tik Tok” Twitter account.

“Hey WAPO. Democracy Dies in Darkness,” the flashing red and black sign reads. “That’s why we are shining a light on you. Taylor Lorenz doxxed @LibsofTikTok.”

The billboard is the brainchild of Tim Pool, the CEO of Timcast.com. Jeremy Boreing, the co-CEO of The Daily Wire, assisted in the sign’s speedy production.

Taylor Lorenz, a technology reporter for The Washington Post, published an exposé aimed are revealing the person behind the popular Twitter account which reposts TikTok videos made by liberal creators.

In addition to employment details and private data, Lorenz published a link to the creator’s home address. The publication has since deleted the embedded link.

Lorenz gained attention online for presenting herself as a victim of doxxing and denouncing the practice in an MSNCB interview and on her personal TikTok channel.

Timcast.com was able to verify the information published by The Washington Post, which stood by Lorenz’s reporting

The address was shared with an LLC but was a commercial/residential mix https://t.co/Vmd0EorJXm

“Taylor Lorenz is an accomplished and diligent journalist whose reporting methods comply entirely with The Washington Post’s professional standards,” Cameron Bar, the senior managing editor of the outlet said in a comment on April 19. “We did not publish or link to any details about her personal life.”

I called you a liar because you lied about doxxing @libsoftiktok pic.twitter.com/aY2L4U4Ufs

“Tim Pool and the CEO of the Daily Wire took out a giant billboard in Times Square today in an attempt to discredit my reporting on Libs of TikTok,” Lorenz said on Twitter. She called the billboard a “bad faith, politically motivated” attack before blocking Pool on the platform.

“You don’t need any help discrediting yourself. @Timcast is just making sure people know,” said Boreing in reply.

“It’s funny how they are claiming my ad in Times Square was a waste and wouldn’t do anything yet they are imploding over me having done it,” Pool said. “Seems to be effective. … Bad people don’t like being called out.” 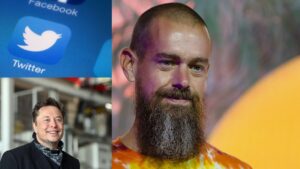