Tiger King Star Responds to Carole Baskin Lawsuit Against Netflix, Asks Timcast 'I Wonder What She's So Afraid of?'

Controversial activist Carole Baskin has filed a lawsuit against Netflix, just days after the streaming giant released their trailer for Tiger King 2.

Baskin is attempting to halt the release of the second season, which is scheduled to be released on November 17.

Baskin filed her lawsuit on Monday against Netflix and Royal Goode productions in Florida federal court. She also filed an emergency motion for a temporary restraining order that would bar them “from any use of film footage of the Baskins and the Big Cat Rescue sanctuary in Tiger King 2 or in any related promotion or advertising.”

Multiple stars of the show have told Timcast that they are expecting the new season to take a deep dive into solving the mystery of Baskin’s former husband Don Lewis, who allegedly just vanished — according to the big cat activist.

Joe Exotic has long claimed that Baskin fed Lewis to their tigers, even making a music video dramatizing what he believed happened.

According to the Hollywood Reporter, “Baskin, along with her husband Howard, claims the footage breaches appearance releases dated April 30, 2016 and April 3, 2018. She says she was initially approached in 2014 about participating in what Royal Goode described as a ‘Blackfish style documentary to expose the big cat trade.’ They agreed and were filmed for a total of 10 days over five years.”

“Far from being a documentary motion picture that seeks to expose the illicit trade of big cat private ownership, breeding and cub petting, Tiger King 1 is a seven (7) episode series focused primarily upon portrayal of Joe Exotic as a sympathetic victim and Carole as the villain,” writes attorney Frank Jakes in the complaint.

The complaint further states that her portrayal in the first season led to Baskin receiving hate mail, harassment and death threats and they had to suspend tours of their so-called sanctuary for big cats over fear of violence.

“After Tiger King 1, Royal Goode Productions again approached the Baskins “to clear the air” and, presumably, to entice them into being filmed for the sequel called Tiger King 2,” writes Jakes in the motion for emergency relief, which is embedded below. “The Baskins refused, believing that the Appearance Releases prevented any further use of their film footage by Royal Goode Productions and Netflix in any sequel. Then, on October 27, 2021, Netflix released its Official Tiger King 2 Trailer. To the Baskins’ dismay, the trailer prominently displayed film footage of the Baskins and made clear that Tiger King 2 would do the same.”

Baskin is asking the court to intervene by November 16, one day before the new season will begin airing.

Stark says that believes Baskin “is scared of what’s going to come out.” He also did a Facebook livestream discussing the lawsuit and other issues with exotic owners who went on to claim that they are “sanctuaries,” including Baskin.

“Just ask one simple question: ‘how did they get started?'” Stark said of people who own exotic animal sanctuaries. He explained that 99 percent of them were exotic owners who could no longer afford to keep up with their hobby, so they monetized it that way.

Baskin entered the exotic world as a private owner who bred big cats with her husband. She later went on a quest to end all private ownership and turned her property into a “sanctuary,” though she still makes money by allowing the public to tour it — the same way a private zoo does.

Stark has repeatedly referred to the sanctuary industry as a “scam.”

“Tick-tock, tick-tock, can you hear it b-tch?” Stark asked Baskin in his livestream. 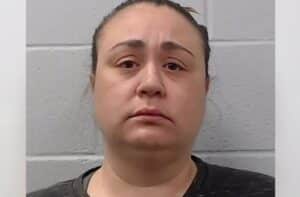