Thousands of Marines and Sailors Remain Unvaccinated After Deadline

Neither branch granted any religious exemptions to the vaccine mandate

Thousands of active-duty sailors and Marines are still unvaccinated against COVID-19 after the Nov. 28 deadline.

The service members may now be formally punished, separated from their units or face other consequences for not complying with the mandate.

The Navy and Marine Corps were the second and third branches of the military to reach their vaccine mandate deadline, established after Defense Secretary Lloyd Austin ordered service members be fully vaccinated in an order dated Aug. 24.

The USMC reported on Nov. 29 that 92% of Marines were fully vaccinated and 95% had had at least one dose. An estimated 9,000 members are not vaccinated.

“A recent review of the vaccination reporting and tracking system revealed discrepancies in the data and were appropriately corrected,” Navy spokeswoman Lt. Devin Arneson said in a statement to Defense One. “Discrepancies included total force numbers and redundant entries. We strive to provide the most accurate and timely information to maintain transparency regarding the Navy’s effort to fight COVID-19.”

On Nov. 17, Navy Secretary Carlos Del Toro said, “We will be addressing each case on a case-by-case basis. … We’re just not going to all kick them out on the day of the deadline itself.”

The only exception to the deadline were those who received an official exemption for medical, administrative or religious reasons.

None of the 2,441 requested religious exemptions from active-duty Marines were granted. The Corps had said its processing 540 accommodation requests.

It did not approve any of the requests for religious exemption made by 2,531 sailors.

Unvaccinated sailors, regardless of their exemption testing, must now submit to weekly COVID-19 tests. Remote workers or those who come to work less than weekly are not subject to the testing requirement but will have to show a negative test within 72 hours of arriving at a naval facility.

“Sailors and Marines are considered fully vaccinated two weeks after their second dose of the COVID-19 vaccine,” reports Defense One. “The unvaccinated in the Marine Corps and Navy include those who have medical or administrative exemptions, are pending a religious accommodation adjudication or those who have not put their vaccination data into the records database due to in processing or some other reason.”

The Air Force set the earliest deadline, requiring its members to be fully vaccinated by Nov. 2. Consequently, the branch’s leadership sent a memo on Nov. 23 stating unvaccinated Airmen would be prohibited from “current and future permanent change of station moves” as of Nov. 29.

“This restriction will remain in place until the member is either fully vaccinated against COVID-19 or receives an approved medical exemption or religious accommodation,” wrote Lt. Gen. Brian Kelly, who serves as the deputy chief of staff for manpower, personnel and services for the Air Force.

“The new policy is valid for one year, giving the Air Force time to work through exemption requests, appeals for those denied, and separations for those who do not comply with the Pentagon’s vaccine mandate,” per the Air Force Times. 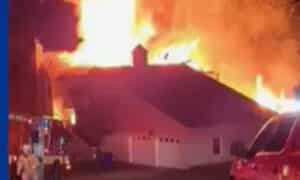