'Thousands' Of Federal Inmates To Be Released Under First Step Act

President Donald Trump signed the act into law in 2018

Thousands of federal inmates will be released under the First Step Act, a criminal justice reform law that President Donald Trump signed in 2018.

The act gives nonviolent inmates the possibility of early release or reduces federal prison sentences for those who are eligible. It also aims to encourage inmates to participate in programs that can reduce recidivism.

Under the rules, inmates can earn 10 to 15 days of “time credits” for every 30 days of successful participation in Evidence-Based Recidivism Reduction Programs (EBRR) and Productive Activities. These include Alcoholic Anonymous, English as second language classes, cognitive behavioral therapy, anger management classes, or parenting courses.

The credits can then be applied toward placement in home confinement, pre-release custody program, or supervised release.

“The Justice Department faced criticism over its original proposal on how it would implement the federal time credits rule, with federal defenders saying the Bureau of Prisons’ menu of available programs was too limited and the number of hours required to complete them would make it too hard for inmates to earn credits,” reports U.S. News & World Report.

In a Jan. 13 announcement, the Department of Justice said the credits could be retroactively applied from the day Trump signed the bill into law — Dec. 21, 2018.

According to the DOJ, inmates whose time credits exceed their days remaining in custody will be released first.

The DOJ inspector general found in November that the Federal Bureau of Prisons did not give earned credits to approximately 60,000 inmates. At the time, the bureau said that the procedures had not been finalized, and policy negotiations with the union were still underway.

“The First Step Act, a critical piece of bipartisan legislation, promised a path to an early return home for eligible incarcerated people who invest their time and energy in programs that reduce recidivism,” said Attorney General Merrick Garland in the statement. “Today, the Department of Justice is doing its part to honor this promise, and is pleased to implement this important program.”

The DOJ did not give a specific number of inmates who are in the process of being released under the act. The department reported that “thousands” would be affected.

More than 3,900 order requests for fair sentencing or retroactive sentence reduction have been granted in the years since the FSA became law. The BOP also reports more than 4,000 requests for compassionate releases and reduced sentences have been approved.

The BOP has until Jan. 24 to fully implement the FSA. 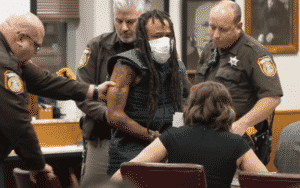