The Truth About Roe & Casey

Strike down Roe? Casey already kind of did that

Photo courtesy of Laurie Shaull/Flickr. The image has been modified.

Since the leak of Justice Alito’s Roe and Casey opinion, I’ve noticed a trend of Americans who seem to have no idea what they are talking about. I’m not saying this to be crass. I’m saying this as someone who reads case law for fun — and I don’t blame these people. They haven’t been told “no” in a decade by anyone with power or influence and those with power and influence have spent years affirming their own confirmation biases that led them astray — whether by feigning consensus, unity, and popular opinion or validating feelings over evidence.

Being right all the time makes a person feel good, but now we have a generation of dopamine addicts and the truth is, when it comes to Roe — arguably the most controversial ruling in the last 50 years — no one seems to have ever read it. Nor does it seem anyone has read Casey, for that matter. If they had, we likely wouldn’t be up to our necks in The Handmaid’s Tale. So let me break it down for you.

Roe v Wade was a 1972, 7-2 opinion authored by Justice Blackmun that barred states from regulating abortion in the first trimester, allowed for some regulation in the second, and permitted total bans in the third. However, there are parts that are — whether by design or otherwise — never discussed when addressing this ruling.

See, when Justice Blackmun penned the Roe opinion, he stated three key arguments that would support Alito’s striking of it:

First, the Right to Privacy regarding abortion is not only not Absolute but it all hinges upon proving personhood of the unborn — a science that hadn’t progressed far enough in 1972, but one they made clear existed at a certain point of involvement, where the woman would “no longer be alone in her personhood”

Second, an even lesser known and lesser popular citation was his escape clause quote: “If the suggestion of personhood is established, the appellant’s case, of course, collapses.”

And finally, third, he left room for science in writing “when those trained in the respective disciplines of medicine, philosophy, and theology, are unable to arrive at any consensus, the judiciary, at this point [1972] in the development of man’s knowledge, is not in a position to speculate to the answer [as to when life begins]. Today’s leaps and bounds in medical science today would suggest they can.

So Roe was never absolute and in 1992, Planned Parenthood v. Casey, a plurality decision, further refined its parameters, overturning Roe’s trimester framework and allowing states to regulate in the first trimester. It replaced Roe’s standard of review with an undue burden standard. (Sidebar: the Hyde amendment was passed at this time, regarding poverty as the burden of the mother, not the state, and therefore making it illegal to federally fund abortions.) Four justices dissented at this time, saying Roe should have been struck down — because that’s essentially what Casey did.

So what we have is a ruling that determined viability in the second and third trimesters as well as the absence of a woman’s personhood at a reasonable point. A second ruling regulates abortion in the first trimester. These are the facts that women won’t read because they have the Press Secretary for the President of the United States telling women he supports abortion to the moment of birth, which is and has always been anti-Roe.

So who owns a woman’s body? She does. And according to Roe, she owns that body up until her baby is viable, then the state has the right to determine another’s interest. However, according to Casey, the states can recognize personhood in a baby sooner than viability. So we have two contradicting rulings that the majority of justices find prudent to simply strike down and return to the states, which is where they belonged in the first place.

So, policy aside, is an unborn baby a human? I believe so. In the same way I believe an unborn panda is a panda and an unborn eagle is an eagle. I believe not only that an unborn baby will turn into a born baby if all goes well, but I believe science has progressed enough to where we can see her heartbeat at 7 weeks, hear it at 10, and have testing to determine gender and abnormalities at 12 weeks or sooner. I understand she can feel pain as early as 14 weeks and she has her own separate DNA from conception. I know she gets the hiccups just like you and me, she might kick when you eat something too spicy, and she might have your eyes and her father’s nose and a dimple on her right cheek. She may suck her thumb on the ultrasound and keep up that habit right through kindergarten. She may even be so human that she’ll need fetal surgery to fix her damaged heart, so she can grow up. An unborn baby has traits that are inherently human; traits we could not see 50 years ago.

Both Roe and Casey recognized a level of personal responsibility and accountability in a woman who consents to unprotected sex and becomes pregnant, as well as how important it is to get back to this place. It’s key that our politicians stop lying about how Roe essentially permitted “abortion on demand” and “millions will die” without it. The truth is, millions are dying with it — millions of babies, primarily from minority mothers.

Americans have traded their morality for instant gratification and they are supported and praised in doing so by textbook narcissists just looking to win the next election. They never talk about the guilt, regret and shame that most women carry with them afterward because they were frightened and needed someone to tell them they could do it, not to doubt them and give them a way out. 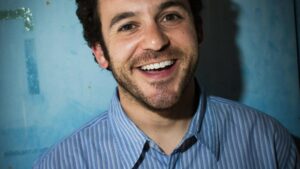