The Queen is Dead

Elizabeth Alexandra Mary Windsor’s 70-year-long reign has been the longest of any British monarch.

The Queen died peacefully at Balmoral this afternoon.

The King and The Queen Consort will remain at Balmoral this evening and will return to London tomorrow. pic.twitter.com/VfxpXro22W

Family had rushed to her Scottish home to be by her side in the hours before her passing. The BBC reports that her grandson, Prince William, was there, and his brother, Prince Harry, was on his way.

Reuters reports that the Queen “had been suffering from what Buckingham Palace has called “episodic mobility problems” since the end of last year, forcing her to withdraw from nearly all her public engagements.”

On Tuesday, the Queen had presided over Liz Truss becoming the new Prime Minister.

Britain and the Commonwealths will now enter into a ten-day period of mourning.

The Daily Mail reports that “Charles will embark on a tour of the UK before his mother’s funeral with his wife Camilla, who the Queen announced would be crowned her eldest son’s Queen Consort in an historic statement to mark Her Majesty’s Platinum Jubilee and 70 years on the throne on February 6.”

The official website of the Royal Family was taken temporarily offline in the moments after her death while “appropriate changes” were being made. 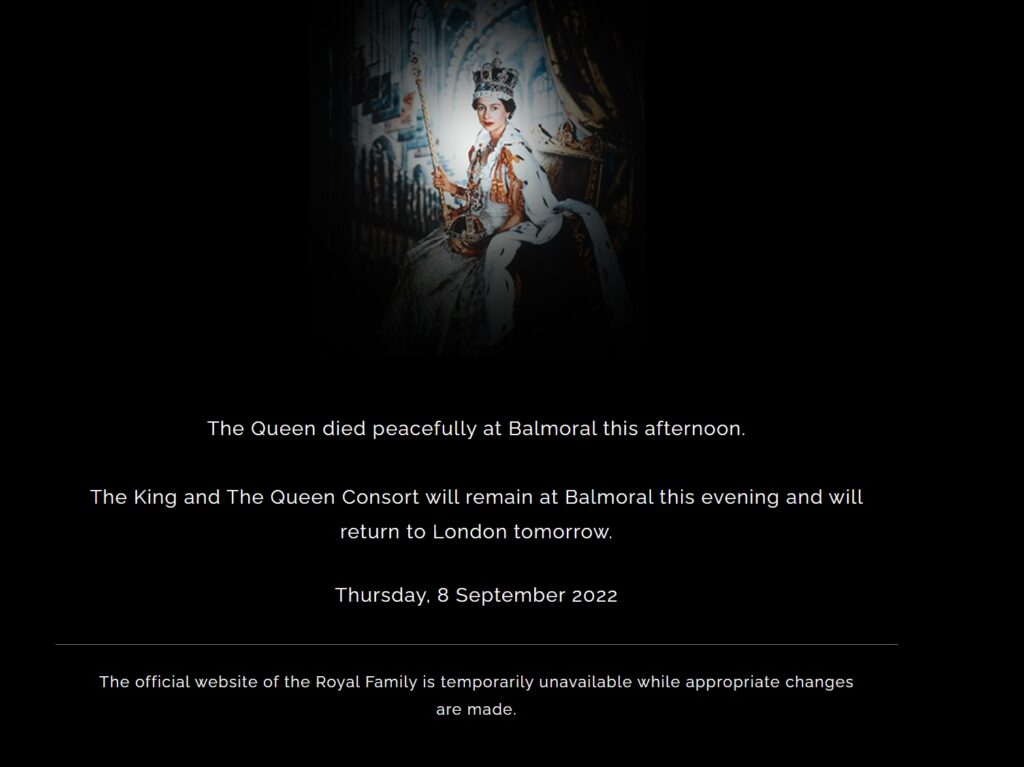 It is estimated that Queen Elizabeth met or shook hands with four million people or more during her reign. 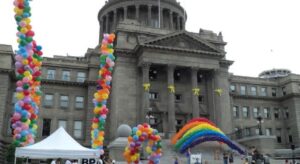