Zions Bank has pulled its funding of the Boise Pride Festival after learning that there was a “drag kids” performance scheduled to take place.

The performance in question is scheduled to take place on Sunday afternoon and is described by the organizers as “a drag show like none other the Drag Kids range from ages 11-18 and are ready to bring it all to the Boise Pride Festival Stage! Come and cheer them on as they bring drag to the younger generation!”

There is also a “drag story time” scheduled for the same day.

In a statement posted to Twitter on Wednesday, Zions Bank announced that they have pulled their sponsorship over the involvement of minors.

“Over the years, Zions Bank has supported a variety of Pride events because they are an important part of our support for our LGBTQ employees and allies and are representative of our efforts to foster an inclusive, diverse and equitable workplace and community,” the statement reads. “This support for all of our employees and communities remains unchanged.”

“However,” the statement continued, “when we committed to our sponsorship of this year’s Boise Pride event, we were unaware of the event’s activities involving children/minors.”

The statement concluded that “since learning of these specific activities, we have made the decision to withdraw our participation in this year’s Boise Pride event and have communicated this to the event organizers.”

Boise Pride responded with a statement of their own, saying that “Zions Bank has been a valued sponsor and supporter of Boise Pride for many years.”

“We are saddened to learn this is how they have chosen to respond to clearly anti-LGBTQ+ rhetoric and actions,” the organizers continued.

Boise Pride’s response to the statement from Zions Bank about pulling their participation in this weekend’s Boise Pride Festival. #boisepride2022 #supportingoursuperhumans pic.twitter.com/Fm16eCHBIP

The statement added that “minors have participated in the Boise Pride Festival both on and off stage for many years. Pride and inclusivity do not begin at age 18.”

Idaho News 6 reports that GOP Chairwoman Dorothy Moon had released a statement on Wednesday calling for “concerned Idahoans” to “disavow this attack on Idaho’s children” and invest their sponsorship dollars elsewhere.

“To be clear, this is no sleight-of-hand or political wordsmithing: Idaho’s Democrat party believes it is not only okay but laudable to encourage children to engage in public displays of sexuality,” Moon wrote in the statement. “For those who have been following the radicalization of the Democrat party, this should come as no surprise.”

Idaho Democratic Chair Lauren Necochea has accused those who oppose the “drag kids” performance of “hateful rhetoric, bullying, and extremism.”

“We support the Boise Pride Festival and its celebration of diversity and inclusion. Idaho Democrats will continue to fight for the right of every Idahoan to be proud, love openly and live authentically,” Necochea said in a statement to News 6 on Wednesday evening. “LGTBQ+ youth are particularly vulnerable to bullying and shaming. We condemn the Idaho GOP for targeting youth while distorting the truth for political gain. To our young people, we say, you are perfect just the way you are.” 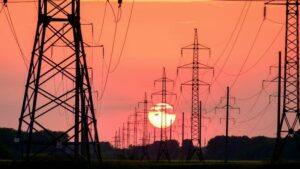